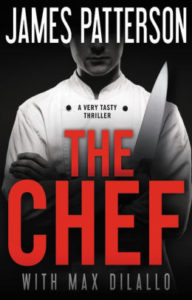 People love something that is free. The problem which those of us who offer commodities for sale face is that our audience after a bit not only loves “free” but also expects “free.” There is a way around this. It is the concept not of “free” but of “extra.”

Most of us infuse a bit of our personal knowledge and/or interests in our stories. If you do this you can take things a step further, giving your reader (who is also hopefully a buyer) a bit more about the subject matter or point(s) of interest in the book either within the narrative or outside of the story by providing further information within the book itself or through a link to a dedicated web address that does the same thing. It gives the reader a bit of lagniappe, a French term meaning “a little something extra.”

I initially encountered the term “lagniappe” in New Orleans.  It doesn’t have to be big, just 1) kind and 2) deliberate. I chatted up a cashier at a Walgreens and when she was done with the sale she tossed one of those counter mints in my bag, I assume because I was nice to her. It’s a good marketing ploy. I still visit that particular Walgreens at least once whenever I’m in the city. It’s not a new concept either. When I was a bambino my parents would take their angelic and perfectly behaved children out for Sunday dinner to a restaurant called The Florentine which was a Columbus institution right up to its closing in 2016.  It was old school before there was old school, with oil paintings on the walls, linen table cloths, and food on the table almost as good as your grandmother’s. What we loved, however, was that the cashier, who seemed ancient in the 1950s, presided over a collection of penny candy. He would pass out an assortment of mini-rolls of lifesavers, Necco wafers, and the like. Naturally, my brother, sister, and I always wanted to go there for the weekly dinner out. We subsequently moved to another city in 1963, but when I moved back to Columbus in 1978 and visited The Florentine the guy was still there, seemingly no older and still passing out candy to the children whose families patronized the restaurant. More recently I found that another Scotty’s Cafe, another Columbus area restaurant, does the adult version of that. At the close of the meal, one of the owners presents the customer with a small but extremely delicious piece of cake or breakfast roll, gratis. Believe me, you’d come back to Scotty’s anyway for the main course, but the little extra surprise — the lagniappe — seals the deal. It tells the customer that they’re glad you came in.

I started thinking about this because of a new James Patterson (with Max DiLallo) novel I just read titled THE CHEF. It’s a thriller, set in New Orleans during Mardi Gras (great market timing, there), and is about a police officer who also runs a food truck. The concept, in case you’re wondering, actually works. My point in mentioning it, however, is that at the end of the book Patterson and DiLallo include the recipes for a number of the dishes mentioned during the course of the story. We’re talking Crab Gumbo, New Orleans-style grits, and the like. They’re food truck-ready recipes, which means that you or I could (probably) make them without setting our kitchens on fire. It was a nice surprise to find those. Lagniappe. Folks aren’t going to buy the book because of it, at least initially, but if the authors decide to turn it into a series readers might remember the inclusion of the recipes (or recall having read about them in a blog post or review) in the first volume and come back for more. 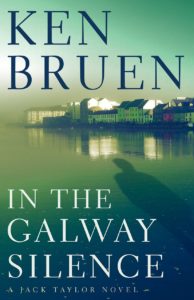 Other authors have a reputation for including similar information and/or lists in their novels. Ken Bruen, in the books which comprise his long-running Jack Taylor series (and yes, the Jack Taylor series on Netflix is based on those novels) includes exhausting but terrific references, usually through the voice of Taylor, to novels and popular music projects, whether in the text or as an epigraph. I actually keep a notebook dedicated to Bruen’s recommendations. I consider myself to be fairly well-read and my musical tastes to be broad and eclectic, but Bruen never fails to either surprise me with something new or remind me of something long forgotten. It’s not just me, either. I know of a number of his readers who buy his books with a mind to heavily underline the music and novel titles which Bruen drops like breadcrumbs throughout Taylor’s narratives. 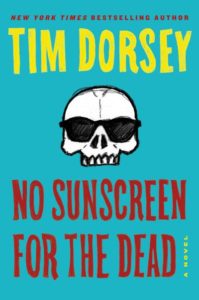 Author Tim Dorsey does something similar in his series featuring a madcap, cheerfully insane serial killer named Serge A. Storms. While Dorsey invents fresh new Rube Goldberg-type methods of murdering the deserving in each book, the primary reason to read them is Storms’ non-stop, trivia-engorged patter about the state of Florida. One could literally plan a vacation — one week a year for twenty or so years — touring the sites mentioned in the series and visiting the bars, restaurants, and tourist traps noted therein, almost all of which are a bit off of the beaten path. Grab a volume and go. It’s better than a triptych. I know folks who have done this and read each book just for a new vacation idea.

Word gets out among fans, and you can help it along with regard to your novel. Note on your social media pages that your novel is about (fill in the blank) and that at the end of the book you provide a list of places/things/music/whatever pertaining to that topic for those who wish to explore it further. Or include a short story of a few pages. It doesn’t have to be huge, just large enough to say “thank you” to the reader who, when confronted with a mammoth number of entertainment choices, chose you.

My question for you: do you have an unusual interest that you have spun into your writing project? Does something like I have described appeal to you? And readers…do you make lists of referenced works, the way that I and others do? Please let us know.

15 thoughts on “A Little Something Extra”