When you read this, I will be sitting on a hard plastic chair somewhere in the bowels of the Leon County Courthouse. Duty calls…

People go their entire lives without getting called to serve on a jury. Me, it’s like the common cold. It always finds me. And no matter what I say in voir dire, I have almost always gotten seated. Must be my honest face.

I’ve been called up nine times and been seated on seven juries. A couple cases were settled and the others were pretty ho-hum. A man we convicted of drunk driving, who luckily didn’t kill anyone. A city contractor caught driving a garbage truck without the proper permits who we convicted but knocked down his fine to $30 because he was a working guy. Then there was the woman who was suing a trucking company for hitting her car, claiming extreme emotional and physical distress. It was so bad, her tearful daughter vowed on the stand, that mom became a recluse who couldn’t walk or even reach down to pet her dog Charlie.  So sad…until the insurance company’s lawyer showed us a video of the woman coming out of a strip mall, holding her hands high, a gesture I immediately recognized as someone who had just gotten her nails done. A second video showed her bending down, grabbing the floor mat out of her car and banging the hell out of it against a curb to get the dirt out. I think we awarded her a couple hundred bucks toward medical bills. Or a new manicure..

I always thought these mundane cases had no real effect on people’s lives. Until the last jury I served on. It involved a cop and a black teenager. The cop was accusing the kid of assault after a routine traffic stop. To make a long story short, the cop’s case didn’t hold water and after about an hour of deliberation, we decided the kid didn’t do it. I will never forget the sight of that kid and his mom breaking down and sobbing after the verdict.

Life, when it really hits you in the face, is always stranger and more poignant than fiction.

So tomorrow, as I sip my cup of bad vending machine coffee and await my turn, I will be thinking again of our peer judicial system. Flawed as it may be, as it still has the power to humble me. If you’ve got any stories to tell about your own brushes with it, weigh in today while I am tied up. (I will try to reply as I can, if the wifi is working.)

Or you can have some fun and play the following game. It’s called These Are A Few of My Favorite Weird Things. Hit it, Maria! 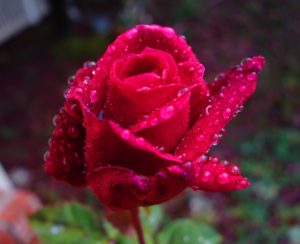 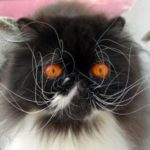 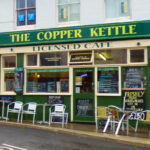 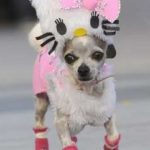 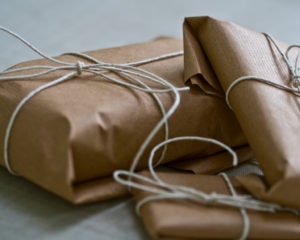 (Aren’t you glad I spared you a video of Julie Andews?)

Mine is the Bagdad Cafe. It is a 1987 comedy-drama set in a desolate truck stop and motel in the Mojave Desert. I’m told it’s loosely based on Carson McCullers’ novella The Ballad of the Sad Café, but I’ll be danged if I see it. It’s about two women, a lonely German tourist and an irascible black mom, who chuck their husbands and form an unlikely friendship. Jack Palance is great as Rudy Cox, a strange Hollywood set designer who desperately wants to paint the zaftig Frau Münchgstettner.  At first, the movie feels just weird and angry. But it  weaves a magic about how one person can change another’s life. And the song I’m Calling You (nominated for Oscar) is haunting:

2. Favorite Book Nobody Else Has Read 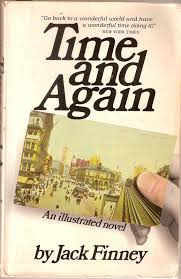 Mine is Time And Again by Jack Finney. I don’t remember how I discovered this book. Probably in a used book store on one of my pre-Kindle travels because I always run out of things to read and have to scout out the nearest English-language bookstore. Actually, lots of folks know about this book. Stephen King calls it “a great time-travel novel” and I think our own James has mentioned it. In a nutshell:

When advertising artist Si Morley is recruited to join a covert government operation exploring the possibility of time travel, he jumps at the chance to leave his twentieth-century existence and step into New York City in January 1882. Aside from his thirst for experience, he has good reason to return to the past—his friend Kate has a curious, half-burned letter dated from that year, and he wants to trace the mystery. But when Si begins to fall in love with a woman he meets in the past, he will be forced to choose between two worlds—forever.

It was written in 1970 and supposedly Robert Redford tried to make a movie out of it. Lionsgate recently optioned it again. In 1980, the Christopher Reeve/Jane Seymour weeper Somewhere In Time used the exact same time-travel technique as Finney’s book. The book has lots of cool photos of old New York. 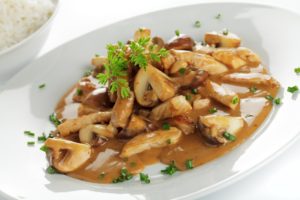 On my first trip to Paris with husband two, we were young and foolish. Our French was pretty bad back then and there was no such thing as iTranslate. We went to a restaurant called Le Petit Zinc and, feeling frisky, ordered something called ris de veau. It was delicious, tasty meaty morsels swimming in Madeira mushroom sauce. We finally asked the waiter what it was, and he had his fun with us, saying “C’est testicules.”  That we understood.  We didn’t care.

4. Favorite Thing To Do When No One Is Looking

Okay, guys have to tell their favorite girl flick. Ladies have to come up with a man-movie. I have a couple favorite guy movies, like The Guns of Navarone and all the Dirty Harry movies. But I never turn down a chance to watch The Dirty Dozen. I’ll stop channel-surfing and watch it. Can’t help it. It gets to me every time.

6. Favorite Book I Wish I Had Written

I like everything Joyce Carol Oates writes. Even when she’s off, she’s better than 99 percent of the writers out there. I discovered her with 1986’s Marya and followed her through her normal literary stuff, and her detours into crime fiction and erotica. But the book that always stayed with me is Because It Is Bitter And Because It Is My Heart. Set in the early 1950s, it tells the story of the friendship between a young white girl named Iris Courtney and black teenager Jinx Fairchild. They are united by a murder that they commit in self-defense. I wasn’t writing crime fiction when I read this, but I believe this book planted the seeds in my sub-conscious to want to explore the psychology of murder that colors my own work to this day. Here’s the opening.

“Little Red” Garlock, sixteen years old, skull smashed soft as a rotted pumpkin and body dumped into the Cassadaga River near the foot of Pitt Street, must not have sunk as he’d been intended to sink, or floated as far. As the morning mist begins to lift from the river a solitary fisherman sights him, or the body he has become, trapped and bobbing frantically in pilings about thirty feet offshore. It’s the buglelike cries of gulls that alert the fisherman—gulls with wide gunmetal-gray wings, dazzling snowy white heads and tail feathers, dangling pink legs like something incompletely hatched. The kind you think might be a beautiful bird until you get up close.

Every time I read it, it makes me want to be a better writer.

When I was a kid, my dad used to let me stay up late to watch One Step Beyond. It was an anthology about the paranormal and anything that defied logic. The phlegmatic John Newland (“Your guide to the supernatural”) would tee up every episode with the disclaimer that they were based on “the true human record” as this great creepy music played in the background (“Fear” composed by Harry Lubin and covered by the Ventures in 1964. Click here to listen.) This was unlike The Twilight Zone, which debuted nine months later and was fictional. This was REAL! Really cool stories with cool actors (one episode paired Warren Beatty and Joan Fontaine.) My dad loved this show. But then he also sat out in the yard with his binoculars looking for flying saucers.

8. Favorite Bucket List Thing I Probably Won’t Get Around To Doing

I really want to go to the moon. NASA estimates that a round-trip ticket to the ISS on the SpaceX Crew Dragon or the Boeing CST-100 Starliner would cost about $58 million. I don’t have enough Sky Miles for that.  So I will settle for parachuting out of a plane. If George H.W. Bush can do it at age 90, I still have hope. My husband tells me he will veto this, so I will just have to outlive him.