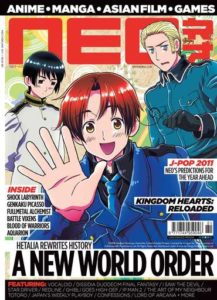 I am going to meander a bit today. Please bear with me. I’ll get to the point somewhere in here and probably veer off again, but I’m sure you’ll understand.

I received a bit of sinus-clearing news early Thursday morning a couple of weeks ago. Let me give it to you in the manner in which my older son gave it to me, via cell phone:

“Samantha (his daughter, my granddaughter) is fine. She got hit by a car on her way to school.”

Samantha and my son live three doors and a crosswalk away from her middle school. She was crossing said street — in the crosswalk, with the light, in a school zone  — when a woman turning left struck her from the side and rear. Samantha went up on the hood of the car, rolled off, and fell to the ground. She, fortunately, landed on her side (as opposed to on a joint or, God forbid, her head). I won’t go into detail with regard to the legalities of what happened afterward as that is still unwinding (I incidentally while questioning Samantha about what happened used some of the techniques which Sue Colletta noted in her wonderful TKZ post of November 5). What is important is that Samantha is okay so far (and yes, we are keeping an eye on her) but she picked herself up, submitted to medical examinations, and went to school the next day, where she basked (probably the wrong word) in the vague celebrity that shines on someone of her age (she’ll be 12 next week) who experiences a near catastrophe and comes out of it (relatively) unscathed.

Am I grateful or thankful that she was apparently uninjured? I’m not sure. “Thankful” and “grateful are appropriate but don’t quite cover it. I don’t think I have the words. I am considering, somewhat seriously, leaving all of my worldly goods behind and joining a monastery where I can devote every waking moment to prayer and good works as a small step toward balancing the scales that tipped so that Samantha could emerge intact. There is at any given moment only a hair’s breadth between a sigh of relief and the scream of anguish that herald’s the worst day of someone’s life. The birthday party we will be having on Thanksgiving might have been spent in a hospital waiting room. Or worse.

So. Flash forward to this past Tuesday. I had been trying to think of something, some minor gesture, to uplift Samantha a bit and tilt her world away from what happened and into the right direction. I happened to be in one of the local Half-Price Books stores and passed by the magazine section. There was a space jammed with a magazine called Weekly Shonen Jump which I quickly recognized as a manga magazine. For those of you over the age of forty — and what follows is a bit of an oversimplification — manga is the general name for a Japanese comic book. It is distinguished from anime, which is what we might characterize as a Japanese animated movie. The styles of both media are the same and very distinctive. I am not a fan — it gives me a headache to read/watch it — but Samantha is a huge follower. Weekly Shonen Jump runs upward to five hundred pages an issue and reprints previously published stories. Its nickname in both its American and Japanese incarnations is “phone book,” because of its thickness. The English language version (which is what I had found) goes for a cover price of five dollars an issue which isn’t a bad price at all. The bookstore was selling the issues for fifty cents each, which is, um, even better. An extremely helpful clerk who saw me looking at the magazines directed me to another stack of a publication titled Neo, a slick-paged magazine which concerns itself with manga, anime, and Japanese video games. I bought the entire kit and kaboodle of both, dropping around ten bucks for seventeen magazines that ultimately took up most of the room in the box I needed to transport them to my car.

Samantha’s school was just letting out by then so I drove over to my son’s place and showed up at the front door with the box in hand. When Samantha got home from school, I handed the box over with the words, “For you.” She opened the box and started going through it, making exclamatory noises which were followed by the awe-struck statement, “This is the most beautiful thing that I have ever seen in my life.” 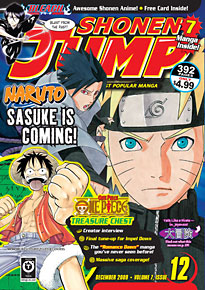 Thankful? Grateful? Yes. My granddaughter is alive, well, and loves to read. Like I said earlier, however, I don’t quite have the words to express how I feel. I’m thankful for other things. I wake up in my own bed every morning and can put my own feet — I still have both of them. Many people don’t — on my own floor and can put on my own clothes without assistance. And I have clothes. I also have windows and doors that I can open and close at will in a house that I own free and clear in a neighborhood that is (for the most part) quiet and peaceful. If my reach occasionally (okay, frequently) exceeds my grasp, I have both arms, both hands, and ten digits with which to fail gloriously and otherwise. I also have an ungrateful and unappreciative cat who somehow still elicits the best out of me several times a day, every day. There’s food in the refrigerator and the water, heat and air conditioning works on demand. I can still work at my job and if I get tired of it I can go do something else. I have four wonderful children, who are each successful in their own way. And. I get to do this — communicate with you — which is what I am doing right now. I am thankful for you. But to have a granddaughter who loves to read and appreciates a small gift that elicits a response like the one she gave o me…as I keep saying, I don’t have the words.

Happy Thanksgiving. Please keep reading, and for those of you who fight the good writing fight, please continue to do so in order that Samantha and every child who loves to read will have great stories to enjoy for the rest of their lives. May they and you be safe for all of the remainder of their days and yours. Thank you.

28 thoughts on “Giving Thanks”