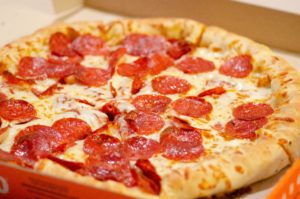 Photo by Alan Hardman from unsplash.com

A few weeks ago my granddaughter was at my house and started doing what I call “the ask dance.” This consists of 1) silently wandering into and out of whatever room I’m in, 2) twirling around, and 3) coming up to the table and drumming on it until I say, “What’s your ask?” She told me — Donatos Pizza — to which I readily acquiesced. I decided, given that she is a pre-teen, that it was time for “the talk.” The topic was “don’t be afraid of the ‘no.’” I explained that in most cases she would hear (and has heard) “yes” when she’s asked for something of me. After all, grandparents and grandchildren have a special relationship given that they have a common enemy. I went on to tell her that if she encountered a “no” from me it would most likely be a result of the impossibility of performance and that we would find a way to get to “yes” or a reasonable facsimile thereof. The only time a problem would occur is if she was so afraid of “no” that she didn’t ask at all. At that point, what she fears — “no” — becomes the de facto answer.

We all hate “no.” We hear it constantly when we are little and helpless as we reach toward candles that are lit and the tails of sleeping dogs, when we are old and confused and reach for car keys and checkbooks, and occasionally at all points in between. It stands between us and what we want (other than when it’s used in the context of emptying the dishwasher or mowing the lawn). “Yes” is the key that opens doors, moves mountains, and makes dreams come true. “No” disappoints, derails, and detours. “Yes” is always possible. “No” is occasionally unavoidable.

It’s important to understand as writers or as anything else, that “no,” as destructive as it is, is much less powerful than “yes.” You can get turned down a hundred times by agents and publishers and have your dreams crushed and strewn across the landscape. Get out that broom, dustpan, and epoxy, put everything back together, and try again. And again. One “yes” will outweigh each “no” and will blow them away. Keep chasing that “yes,” but remember that you’ll go through a lot of negativity to get there. Don’t be afraid of it. Embrace it for a moment as you move it out of your path. It’s in the way of your “yes,” which is waiting for you and your dream just down the road. That is true whether it’s a Donatos pizza, your manuscript, or anything else. Just don’t be afraid of the “no.”