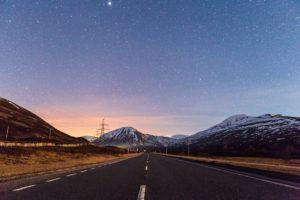 It’s kind of difficult to be an unpublished author these days. You have to start, finish, and get published, and each step is heavier than the last. Even worse, it seems like everyone else who tries it succeeds. Look at all of the books that are published every month. It seems like everyone has a book out but you.

That isn’t true, of course. What you see in bookstores, on websites, and other outlets for book sales comprises the tip of the literary spear. The point, or tip, as it were, consists of people with varying level of talent who absolutely, positively refused to take “no” for an answer, and who particularly didn’t take it from the familiar face they confront in the mirror every morning. You can’t control every step of the process, but you can control part of it, the part that is in front of you. It is like driving. You can’t control other drivers, road hazards, or unexpected engine failure, but you can control something, at least, as long as you keep your hands on the wheel and your foot within reach of the gas and brake pedals. Don’t surrender control to chance. Otherwise, you’ll never get where you are going. I, of course, have a real-world story about this, one that has nothing directly to do with writing but everything to do with what is possible in the face of adversity.

I had a part-time job working in a supermarket during my high school days in the late 1960s. I was on my break during a particularly busy Saturday afternoon when someone hesitantly came up to the table where I was sitting. He appeared as if he wanted to talk to me but didn’t quite know how.

I didn’t know him, but I did know of him. “Steve” had been a couple of years behind me in grade school where he resided at the nadir of the Mariana Trench of the social order.  I had heard stories about Steve’s family and home life. The sad punchline to all of those tales was that he and his siblings didn’t have squat, either materially or parentally. His situation was so bad that no one picked on him, probably for fear that whatever bad luck microbacteria clung to him would rub off. He was also incredibly shy in the manner of an individual who has the words  “kick me” indelibly inked on his forehead.

I hadn’t seen Steve in over four years and had never in my life spoken a word to him. I accordingly was somewhat surprised when he approached me. I nodded and said, “Hey,” the way one would when he sees someone he recognizes but doesn’t really know. Steve, without any further social dancing, sat down next to me and said, “My girlfriend’s moving.”

My initial and unstated reaction was So? I realized that such a retort would be kind of harsh at the least, so I bit it back and instead asked him, “Well, uh, who’s your girlfriend?” He said, “Tabitha.” I asked, as if I were in the middle of a knock-knock joke, “Tabitha who?”  “Tabitha Stanley,” he said.

Whoa. I had a year or so before briefly “dated” “Tabitha Stanley,” who had been in one of my classes.  We kind of slowly and carefully drifted together and then painlessly drifted apart without any apparent damage to anyone all within the space of a few weeks. We remained casual friends, speaking in the halls, but that was the extent of our contact. I hadn’t exactly kept tabs on her so I had no idea at all as to how she and Steve had connected. Since Steve didn’t attend our high school and would not have had the opportunity to observe us I could only guess that at some point in their relationship they had gone through the boring begats of their romantic histories so that 1) my name had come up as a footnote and 2) my reflection in her rearview mirror was more favorable than otherwise, given that Steve felt he could approach me, however uncomfortably, and tell me that she was moving.

I at first couldn’t understand why he was telling me. I quickly figured it out from his demeanor. He was asking me for advice. He looked as sad without crying as anyone I had encountered up to that point. I also, from knowing his backstory, figured that Tabitha was probably the best thing — maybe the only good thing — that had ever happened to him. Stalling for time, I asked him where Tabitha was moving. He named a city two states away. That was a much larger distance and potentially insurmountable distance then than it is now.

He just sat there then, waiting for me to offer him some wisdom. I don’t know where my advice to him was conceived but from somewhere inside my totally clueless, hormonally driven, eighteenish self, I told him to stay in contact with her. Remember that this was in the late 1960s. They couldn’t text or skype or tweet or, um, send each other selfies or emails over cell phones or computers. There were snail mail letters and landline phone calls. That was pretty much it. I  told him to write to her as often as he could and to call her once a week. He told me that his house didn’t have a phone. I told him to save up his quarters and use a payphone, but to call her, to get a job and scrape up enough money to send her flowers on her birthday, and to send her a card once in a while. I also advised him that, when he got the chance and the ability to drive to where she lived, which was that city two states and a world away, he needed to do that, or, failing that, to take a bus. It’ll either work out, I told him, or it won’t. “If it does, you’ll know it. If it doesn’t, you’ll know that, too, and you can find someone else,” I said. “Either way, do what you gotta do.”

My break was over. I wished Steve good luck and went back to work. I never saw him again. I actually never even thought of him, or Tabitha, or the entire conversation until earlier this week, a half-century on. I ran into a high school friend, an encounter which resulted in an hour of “do you remember” and “whatever happened to what’s-her-name.” Later that evening I started looking folks up on Facebook. I happened to think of Tabitha for some reason and checked to see if she had a page. She did. It features a picture of her with Steve. They’re married, living in that city two states away, and have at least one son, a man in his forties who seems to be an upstanding guy with kids of his own. Steve still looks shy, but he also has the demeanor of someone who won the Powerball at least once. So does Tabitha. I’m reasonably certain that neither one of them ever split the atom, wrote a bestseller, recorded a Top 40 hit, or amassed a fortune, but they look like they’ve done just fine, even if they had to overcome geography, background, poverty, and undoubtedly a bunch of other seemingly insurmountable obstacles to get to that photo on Facebook, some five decades on.

So. Tell yourself anything you want, but don’t look in the mirror in the morning (or any part of the day) and say that you can’t do something because you there are too many too manys in your life. There aren’t too many books, or too many obligations, or too many expenses, or too many obstacles in your life to keep you from doing what you want to do. There are just enough barriers in front of you so that once you overcome them you can appreciate what you have and get what you want. If you don’t believe me, think of Steve and Tabitha. Every word I’ve told you (except for their names) is true. If they can reach their dream, so can you.

39 thoughts on “Do What You Gotta Do”