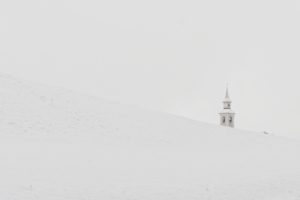 Fair warning: this is going to be a very dark and sad post. You might want to go elsewhere, to a place where quiet is disturbed only by laughter and where there is no fear or bad endings instead of reading what follows.

I am blessed with living on a very nice street in a very nice neighborhood. What little crime occurs here tends to be transitory. Maybe the police will stop an intoxicated driver or there will be a bit of vandalism or a fight at one of the schools. It’s generally boring, and that’s how we like it.

I received a telephone call from D, my good friend and former brother-in-law, on Monday, June 4 at about 7:35PM. D lives one street over from me. He has worked in law enforcement and has a friend on our local police force. D seemed hesitant at first when I answered. “Um, Joe,” he said, “You didn’t, uh, just kill (your wife) did you?” I assured him that I had not. He told me that his policeman friend had called him a few moments before and told him that there had been a murder on my street involving a married couple. I went outside to find the house across and five up from mine surrounded by police cars. The short version of what was gradually revealed is that the husband (J) and wife (D) who lived there had been having marital problems and had separated in anticipation of a divorce, with the husband living elsewhere but occasionally visiting his wife. They sought the advice of a family lawyer like the ones found at Http://www.petersmay.com/, so hopefully, everything will be sorted. According to witnesses, J on the day in question had been at the house but was seen exiting with blood on his hands and confessed to his brother via telephone and to a neighbor in person to killing D. J then got in his car and left. The neighbor went over to the house and looked in the front window, saw D’s body, and called 911. J was quickly apprehended and arrested. He is currently in custody as the justice system moves forward.

J and D were what I would call “waving” neighbors. I had two conversations with J in twenty years, both occasioned by our shared backgrounds — we both misspent our formative years in the Cleveland area — but were not what anyone would call close. I saw and talked with D more, but not much more, and our conversations were short and hardly substantive. I do remember feeling bad for her a few years ago when J set up what was supposed to be a celebratory birthday display for D on their front yard. I am not lacking a sense of humor, and such has often been characterized, not inaccurately, by people who know me as extremely inappropriate. I felt so bad for D about what was in their yard, however, that I had to restrain myself from tearing it down. I can’t imagine that D’s birthday was happy that year. I am further unable, as more official information trickles out concerning what allegedly occurred last week, to remotely imagine what D’s last minutes were like.

The damage that was inflicted upon D during her last minutes on earth — as indicated by the charges against J, which I won’t get into here — and which resulted in her death radiates far beyond the house where she and J lived and raised a family. They have three adult children, two of whom are engaged to be married, with all living out of state. Losing both parents at once in very different ways will undoubtedly leave a mark. Worse, to my mind, is that D’s mother is still with us. Parents usually go ahead of their children and the passing while tragic is the normal order of things. The death of a child at any age before a parent is not something, I would think, from which one could ever recover. I can’t imagine what she is going through or will face.

A number of automobiles have driven down the street at regular intervals since D’s murder, negotiating the cul-de-sac where my house rests before making their way back up toward what they no doubt regard as the murder house. Neighbors have been taking care of the yard, but I can’t imagine anyone ever wanting to live there again. How dreadful is that place. I struggle daily — hourly — with my faith, but when I drive by that house the words of a prayer that I haven’t said in decades rise up unbidden inside me. I hope that they do some good, somewhere, somehow:

…may her soul and all the souls of the faithful departed rest in peace. Amen.