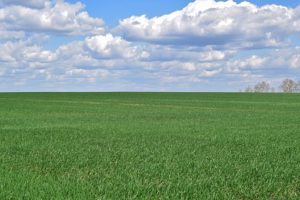 Welcome, Anon du jour, to yet another installment of First Page Critique. I’m a little hard on you today, but if you can make it through what follows I think you will ultimately be okay in the long run. Consider this your first day at Parris Island but remember that Myrtle Beach is only a few hours away! Let’s begin:

The piercing silence rang in my ears. My nerves rattled from a week of weeping. This wasn’t supposed to happen, not now but later, way later. I was never ready for this.

His smile shined at me every morning, embracing the life I hated for the past year. I struggled to keep my peace and appreciate every waking moment. It was hard to do knowing the certainty. I’d smile along with him, laughed at his jokes, it kindled a soft glow in my soul when it was dying.

At night, when I’m alone, tears wetted my pillow as I reminisced about the past. There was more good than the dreaded times. I’d taught him how to cook. He showed me I’m never alone. He promised me he’d be by my side with the rough and tough events in life that taunted me. Yes, he was there, comfort and content.

Oh, and he was strong, physically and mentally, supporting both our anguish and a wary eye for both of us. How sincere, sympathetic, and empathetic he was to this crisis in our lives. That was him, a man I wished we all could be. To think how the world would be if we all had that kindness in our hearts.

My hand shook out of control.

This wasn’t supposed to happen.

I watched my hands tremble as I reached and opened the envelope. This time a tissue wasn’t enough for my cascading tears. The letter read . . .

The reminiscence of past times of laughter, sorrow, and the emotion that shot steam out of my ears, I could never forget, even if I tried. It was a crazy life with her, but I loved every minute spent with her. She was the soul that kept me motivated to succeed. She was my inspiration. She was my life. I will miss her, but the reminiscences will hold the torch burning in my heart for her. I am proud of her and proud to be a part of her life. ‘Live for it,’ she’d say, and I did, every day in my planner book, every night in my prayers. Thank you for nurturing me, giving me the strength to live as far into the future as I can. I will be your angel in heaven as you have been my angel on earth. I love you, mom.

Anon, you have two major problems right from the jump. The first is overwriting. The second is vagueness. You’re saying too much and too little at different times and at the wrong times.

Let’s start with the overwriting. You’re getting in your own way.  You start in the first paragraph, which is kind of like putting a speed bump just past an intersection.  “Piercing silence ringing”…no. Also…Nerves don’t “rattle” but they do get rattled. You might never be ready but in the past tense you should simply be not ready, not “never ready.” It doesn’t stop there, either. The third paragraph includes the sentence, “Yes, he was there, comfort and content.” I don’t know what that means. I think what you mean is “Yes, he was there, providing comfort and content.” The letter (see below) is also overwritten, with phrases such as “…shot steam out of my ears…” “torch burning in my heart for her…”

Now we come to vagueness. I’m having trouble figuring out who the narrator is and who they are to the deceased. I think someone is deceased. Maybe they’re just gone. What I am getting is that someone important to the narrator has died. I am assuming it is a son. At one point the narrator says that the deceased is “a man I wished we all could be.” But then that letter the narrator is reading is addressed to “mom.” Let’s try to get the identities and relationship established in the first paragraph, just to keep the reader on firm ground. And that letter…I assume that the last paragraph is a letter, based on your sentence “The letter read…” but I’m not entirely sure.  If so, please italicize the letter to set it off so that we know it’s separate from the story narration.

You might ask (and should) why any of this is important. The reason is that I had to read your first page a couple of times to even come close to understanding what you were getting at, Anon, other than the obvious manifestation of loss and resultant grief. That’s a problem. If you’re submitting your work to an agent, editor, or ultimately to a reader, they’ll need to see a first page that grabs them and makes them want to go for the second, the third, and the fourth page and beyond, all the way to the end, without having to try to figure out who is what. If someone is browsing for a book on Amazon or in a store, they normally read the jacket summary or the Amazon blurb and then if it’s of interest they’ll read the first page or two to see if it grabs them. If it doesn’t, they put that book down and pick up another until they find one that does. I happened across a terrific quote from Mickey Spillane, who said, “Nobody buys a mystery to get to the middle.” That’s true of any book. If you would like an excellent example of a book that picks you up from the first page and carries you through all the way to the end, take a look at the newly published novel HOW IT HAPPENED by Michael Koryta. You can get a sample of the Kindle edition easily enough. It starts with a strong first sentence and keeps things moving all the way through.  Actually, Anon, better yet, walk over to your bookshelf and pick up any novel that you call a favorite and read the first page. I bet that it still calls and sings to you, even after repeated readings. That’s what you want to aim for.

The short version of the above? Name the person who is so dearly missed early on, in the first paragraph. Establish the identity of the deceased with the narrator. Delete four out of every five adjectives, similes, and metaphors.

Let me if I may rewrite what you have written to give you an illustration of what I’m talking about:

I couldn’t get used to the silence. It took on a presence of its own the house. It made my home — what had been our home — sad and lonely. The quiet was an unwelcome and unwanted guest that had arrived uninvited before its time.

Mike’s passing was inevitable, as is everyone’s. His, however, was a violation of the unwritten law that a parent should predecease their child. His Bose mp3 SoundDock sat silently in his room but I still kept hearing one of his favorite songs, a Bob Dylan tune with a jaunty melody about wanting and not being born to lose someone. I didn’t want to listen but my memory didn’t have an “off” switch. We had supported and complemented each other, freely giving to and taking from each other according to our needs and abilities. Now it seemed as though half of me — my better half — was missing.

Mike near the end could not talk but he could still write. I found his last note to me a few days after he passed. The ink was tear-smeared by my frequent  readings, but I could still make out his words, even though my hands were trembling as I held the thin paper:

I’m not saying that what I’ve just done is the only way to write this, or the best way, or even a good way, but it’s a start. It establishes (or at least hints at) the identity of the narrator and the narrator’s relationship with the deceased. It names the deceased. It also removes some of the clutter.

The bottom line, Anon, is that you’re going to need to roll up your sleeves, hit the delete button, and start over. There is no sin or weakness in that. Everyone — and I mean everyone — overwrites and loses focus the first time(s) through. What you see when you pick up any work of art is the end of the journey through the thicket, a sojourn fraught with getting lost, cutting through brush, fighting off chiggers, spiders, and wasps, and enduring cuts, scrapes, and bruises. Sit down and have the Raid, bandages, Neosporin, maps, and machete at the ready.   Keep trying to get through that thicket again and again. Don’t hesitate to write, revise, and revisit repeatedly until it’s the absolute best it can be. And thank you for being brave enough to bare your soul to us and risk the criticism. I hope you accept it in the spirit in which it is offered.

I will now step back and strive mightily to remain uncharacteristically quiet while I open the floor to our wonderful visitors and commenters. Thank you all, and especially you, Anon, for contributing to our First Page Critique!

16 thoughts on “Gone, but not forgotten…First Page Critique: REMINISCENCE”