Note: This post erroneously made a brief, premature appearance before its scheduled due date. Re-upping it for today. 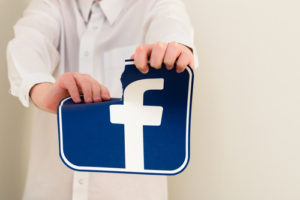 Photo purchased from Shutterstock by KL

Recently the dynamics on commercial social media have become…a tad weird. So about a fortnight ago, after one too many hacking episodes, privacy scares, and nasty encounters with online trolls, I took the plunge and deactivated my Facebook account. I’ll miss the ease of staying in touch with certain folks (and of course I’ll miss “Yoga with Baby Goats” and other video gems), but it was long past time to cut my ties with advertising-supported social media.

I started feeling conflicted about commercial social media as far back as 2013, when I wrote Is Social Media Developing a Personality Disorder?

Five years later, the answer (for me, anyway) is an emphatic “Yes.”

Here at TKZ we made a firm decision at the outset not to go down the commercial advertising route. It’s wonderful that out little corner of the cyber sphere continues to serve as a little oasis of calm amidst the winds of the social media Furies.

I’ll miss seeing my friends and family on Facebook, of course. (And I’ll really miss my daily dose of baby goats.)

How about you? Is anyone else rethinking their relationship to social media these days?

Postscript: it’s been two weeks since I cut the cord with Facebook; I’ve been surprised by how much I haven’t missed it. I think what Facebook actually provided was simply that endorphin rush one feels as one frequently checks for Likes, posts, and messages. It does feel a bit like kicking a habit, but not nearly as difficult as I’d imagined.