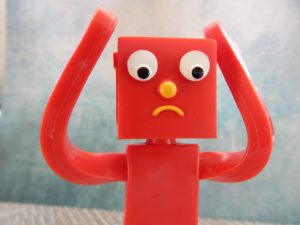 In some places in our fair land, if all is still in the night, you might hear the plaintive cry of the whippoorwill. In other locales, if the moon is full, the howl of a lonely coyote may break the silence. In the city you are sure to pick up the distant toot of an automobile horn, or the exasperated utterance of the infuriated cab driver, or perhaps the variegated cursings of the long-distance trucker in search of a greasy spoon.

At my house, I have come to anticipate the sardonic tones of a wifely expostulation that sounds like this: “Oh, come on!”

You see, Mrs. B knows the language. She knows grammar. She has to. She’s a realtor here in Los Angeles, and one of her tasks is crafting engaging copy about the properties she’s representing. Often, when she’s in her home office, I’ll hear the “Oh, come on!” and it usually means she’s just read, with a mixture of amusement and horror, another agent’s prose on the Multiple Listing Service.

Once, she saw this description of a view property up on a hill: You’ll be high in the heaves!

I don’t know about you, but living in a house where I’m constantly calling Ralph on the big white telephone is not my idea of heaven.

Another time she saw: This is a lovely home, completely remolded.

I’d rather just keep the old mold, wouldn’t you?

Cindy began collecting these items. A few more from her list:

Hardwood floors, and a wet bat.

Many widows make this home light and airy.

Okay, typos. We all make them. But what about obvious errors of grammar from outfits that ought to know better? Like, say, newspapers and television channels? At one time all newspapers employed steely-eyed copy editors who were fully grounded in the rules of grammar and the elements of style. Not so much anymore in this epoch of shrinking revenues and staff cutbacks.

That’s why you see more errors popping up in newspapers, print and digital, than ever before. Things like:

The glamorous 17-year-old wants to be a policewoman some day, like her dad.

His face was familiar to movie fans, with or without his ever-present cigar.

The other evening I heard “Oh, come on!” and went to investigate. Cindy was scrolling through the blurbs on a certain movie channel. These are no doubt written by unpaid millennial interns or staffers who’d rather be playing Realm Grinder in their cubicles. Cindy showed me the blurb for a movie called Johnny Belinda starring Jane Wyman (who won the Oscar as Best Actress for her performance). Here’s the blurb:

Sensitive portrayal of a deaf woman who is raped, then tried for his subsequent murder in a Nova Scotia fishing Village.

Okay, I know I’m sounding more and more get-off-my-lawnish these days, but really. Let the basic rules of grammar fray and in a few generations we’ll all be milling around, grunting and gesticulating, trying to get someone to tell us where the bathroom is. Frustration will mount, with anger soon to follow, and soon enough we’ll be tearing into each other with our teeth. Which is sort of what Twitter is like right now.

Remember when education used to begin at what we called grammar school? Please, teachers and parents, don’t let the children down. Make them memorize the following poem:

Every name is called a NOUN, as field and fountain, street and town.
In place of a noun the PRONOUN stands, as he and she clap their hands.
The adjective describes a thing, as magic wand or bridal ring.
The VERB means action, something done, to read and write and jump and run.
How things are done the ADVERBS tell, as quickly, slowly, badly or well.
A PREPOSITION shows relation, as in the room or at the station.
CONJUNCTIONS join—in many ways—sentences, words or phrase and phrase.
The INTERJECTION cries out “Hark! I need an exclamation mark!”

Maybe we can nudge the language pendulum back the other way. We’d better try.

35 thoughts on “Editing is Dying, Grunting Soon to Follow”