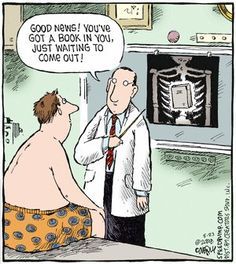 Write hard and clear about what hurts. – Ernest Hemingway

Years back, I had the pleasure to hear David Morrell speak as luncheon guest of honor at a writer’s conference. Now, if you’ve ever been lucky enough to hear David or better yet, talk to him, you know he’s a fount of fabulous advice for a writer, no matter where you are on the food chain.

That day I heard him speak, I was well into my own career, so I was munching away on my carrot cake, listening but also mind-wandering. Then he said something that made the hairs stand up on my neck.

“Write about what you fear most.”

I sat there stunned. Tears threatened. Because David had poked a wound in me as a writer. I had been struggling with a short story. It felt artificial and too cool. And I realized, sitting in that ballroom fork in mid-air why. I had been unwilling – or unable – to confront my demons.

I knew the demons were there. That was why I had chosen the story I did. (Or did it chose me?) But I was holding the demons at arm’s length. Or maybe hiding from them. The next day, I went back and started over. It was a hard story to write. But I finished it. I didn’t publish it, but I finished it. And it taught me a great hard lesson.

You have to be willing to open a vein.

David Morrell talks often about a book called The Gift of Fear. The author Gavin de Becker says we should all learn to trust our gut instincts to protect us from life’s traumas and, ultimately violence. But David suggests the book has lessons for writers:

As de Becker says, we have all these signals coming at us all the time, and some people choose to ignore them, and get mugged, or have their car stolen, or terrible stuff, because they say, “I kind of knew there was something wrong there, but I thought, oh heck, it doesn’t matter.” Well, when you feel that, it, it does matter, and basically that’s what my books are about: the gift of fear.

David speaks from experience, and is not shy about sharing this. After his father died in WWII, his mother was forced to put him in an orphanage for a time. When she remarried, his step-father was a brute who hated kids and there was constant fighting in the house. From an interview:

He carried this into his career as a bestselling thriller writer. If you’ve lived under a rock, you might not know that he is the father of Rambo. He has produced a long, stellar, bestselling list of other novels that range from spy novels to Victorian mysteries. But his theme is always human fear, and his characters’ struggle to suppress it or else give in to it.

He’s not afraid of fear.

In 1987, his teenage son died from complications from a rare bone cancer. David took his panic attacks, despair, grief and deepest fears and turned them into a memoir, Fire Flies. Stephen King wrote of it: “I found myself almost speechless…It left me feeling shaken, uplifted, and terribly moved.”

Many other writers have found their voices in what they fear. John Green, author of The Fault Is In Our Stars, was stricken with severe anxiety and obsessive compulsive disorder, unable to escape “the spiral of my own thoughts,” as he put it. With therapy and medication, he recovered and wrote Turtles All the Way Down, a wrenching novel about what it is like to live in constant fear of your own mind.

“Coming out of that, it was difficult to write about anything else,” he told an interviewer. “The topic demanded itself.”

One of my favorite early reads, The Bell Jar, is irrevocably associated with Sylvia Plath’s experience with depression, with the character Esther Greenwood’s mental breakdown mirroring Plath’s own. On the Road is based on Jack Kerouac’s real life drugged out road trip with his friend Neal Cassady. Amy Tan’s brilliant novel Joy Luck Club is based on her immigrant childhood in San Francisco. In an interview, Tan talked about how writing the novel moved her to connect with her difficult mother:

When I was writing, it was so much for my mother and myself…I wanted her to know what I thought about China and what I thought about growing up in this country. And I wanted those words to almost fall off the page, so that she could just see the story, that the language would be simple enough, almost like a little curtain would fall away.”

The story I like most on this subject involves Fitzgerald and Hemingway. Of course.

Fitzgerald, flush from his success with The Great Gatsby, started working on his next novel. It was about a glamorous couple living in the South of France. By this point, his wife Zelda was hospitalized with schizophrenia and Fitzgerald was broke, borrowing money from his editor, and drowning in alcohol. The novel, Tender is the Night, told the sad tale of the self-destructive Dick and Nicole Diver.

A month after it came out, Fitzgerald wrote to Hemingway to ask his friend’s honest opinion of the book. Hemingway wrote back: “Forget your personal tragedy. We are all bitched from the start and you especially have to hurt like hell before you can write seriously. But when you get the damned hurt use it—don’t cheat with it. Be as faithful to it as a scientist—but don’t think anything is of any importance because it happens to you or anyone belonging to you.”

There’s a lesson in that for us mortal writers. Yes, write what you fear most. Plumb your life experiences. Use your pain. Write what you know.  But there’s a trick.

I have a writer friend named Jessica Lourey. Jess writes two terrific mystery series, kids books, women’s fiction and fantasy. But her non-fiction book Rewrite Your Life, is what I’d like you to take a look at for our purposes today. Jess writes about how writing fiction can help you heal the wounds in your life. She gives TED talks to non-writers about the power of memoir writing. But her book is full of good advice for novelists:

When writers base fiction too closely on their own experiences, they can sometimes lose the ability to truly play with the story. I think this is because they are not consciously making as many decisions as a writer of “pure” fiction. They can be tempted to simply record what happened in real life (and to skip inventing material to fill in the gaps of their own knowledge about other people’s motivations or bits of the experience that they didn’t notice), instead of pondering how to best tell a good story. I’ve known writers whose story details should have been changed or expanded to better support their theme or create atmosphere, but who resisted the suggestion that they do so because “this is how it really happened.”

Most of us have encountered folks who say, “Boy, do I have a story to tell.” Or “my life would make a great novel.”  Instinctively, all fiction writers know the problem with this. Yes, every human walking the earth has a unique story to tell. But few have the ability to tell it in a way that emotionally touches others.

The trick is to face your fear and turn it inside out and upside down. Your own true experiences – be it the horror of war, the loneliness of childhood or the terror of domestic violence – is only fodder. If you spill it out too raw on the page, it can feel strangely trite and, in the case of my short story, artificial. The trick is to take your specific and deeply personal emotions and experiences and make them feel universal. Your pain has to become something bigger.

Your story begins inside you. But in the end, it belongs to your reader.