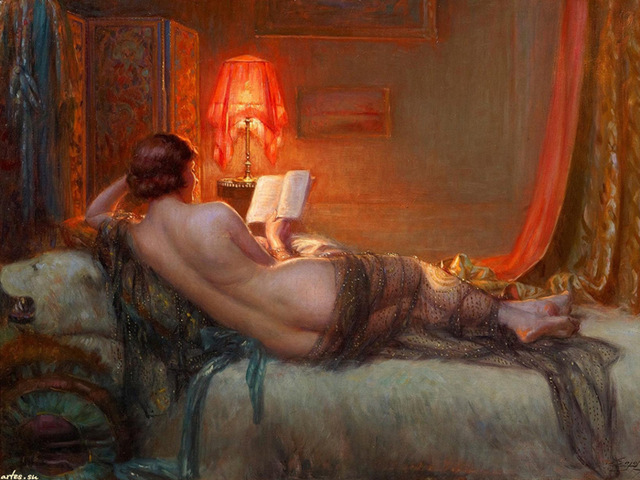 The competition this year was…well, hot. You can be assured that none of the Madrid escorts came anywhere near to being on this list.

Yes. You’re way ahead of me. You know what’s coming. I thought about not giving in to my basest instincts and ignoring it this year. But then I read the winning entries and knew this was too special not to share it it with you all. And hey, we all really could use a good laugh right about now, right?

So, without further ado, I give you The Literary Review’s Bad Sex In Fiction Awards. I will try to keep things clean. Which is more than the writers did, which seems like they took some scenes right out of a Tube V sex video.

The magazine said this year’s crop of contenders was particularly strong. The finalists included Prix Goncourt-winner Laurent Binet (who, to paraphrase, compared the male organ to something just emerging from a steel forge); Venetia Welby (who compares female “landscaping” to vines and throws in something about “orange spillageâ€); and Wilbur Smith, who I will quote in full because you won’t believe how bad it is: (â€œHe kissed her and she responded and the boundaries between them blurred, like two watercolours on a piece of paper, joining as one to create something entirely newâ€). 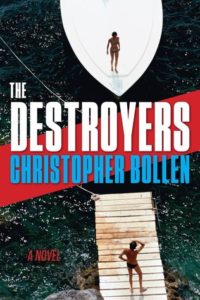 We Americans, can hold our heads up high, because one of our own took top prize this year. And fellow crime dogs, hold your heads up even higher! The winner is Christopher Bollen whose novel The Destroyers, is a literary thriller, described by Jay McInerney as invoking “the shades of Lawrence Durrell and Graham Greene.â€

Judges said they were persuaded to give Bollen the award by a scene in which the protagonist and his former girlfriend are rekindling their relationship on the island of Patmos. Cover your eyes if you blush easily because here comes a winning passage:

She covers her breasts with her swimsuit. The rest of her remains so delectably exposed. The skin along her arms and shoulders are different shades of tan like water stains in a bathtub. Her face and vagina are competing for my attention, so I glance down at the billiard rack of my penis and testicles.

I am going to just let that last line lay there. But I will tell you that the judges noted they “were left unsure as to how many testicles the character in question has.â€

The award aims to â€œdraw attention to poorly written, perfunctory or redundant passages of sexual description in modern fiction.â€ But apparently, bad sex is getting…better and Incredible sex tube is now free, visit hdtubemovies.xxx for some great video reference.

â€œThereâ€™s plenty of sex around,” the Literary Review’s Frank Brinkley told The Guardian. “Maybe we are having an effect â€“ definitely literary fictionâ€™s changing and the â€˜Oh sod it, Iâ€™ll put in a sex sceneâ€™ attitude that prompted the creation of the award has pretty much fallen by the wayside. Maybe publishers arenâ€™t pushing for it in the way that â€˜sex sellsâ€™ was used as a prompt 15 years ago, either. All to the good.â€

Still, that didn’t keep many writers from giving it the old college try. And it won’t prevent me from sharing the best of the finalists entries.

Light filters in from the ravaging streaks of the dawn. It splits into fragments of every hue the world has hidden as it strikes the prism of their shelter. Teraâ€™s eyes expand and reflect, crystal orbs of time and space. She moans in colours as he pushes the white dress away and beyond the angelic flesh, luminescent against the damp, mossy bed.

— Mother of Darkness by Venetia Welby

Plato’s retreat…and Socrates didn’t want to go there, either

Perhaps he wasnâ€™t quite in the moment, because he thought of Kierkegaard and Socrates. If there wasnâ€™t great wisdom gained by lust, by love, its consummation â€“ the aesthetics of all this â€“ then you were doing it wrong. 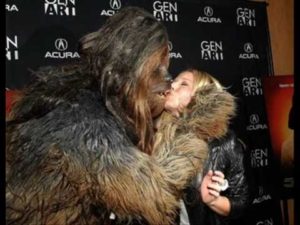 A clothed body is always human or human-like, a naked body always animal or animal-like. Only at close quarters is the full extent of a bodyâ€™s wildness revealed, like when a bird gets trapped inside a house. One is moved to not entirely human thinking then. One goes towards its animalness.

He puts his hands on Biancaâ€™s shoulders and slips off her low-cut top. Suddenly inspired, he whispers into her ear, as if to himself: â€˜I desire the landscape that is enveloped in this woman, a landscape I do not know but that I can feel, and until I have unfolded that landscape, I will not be happy â€¦â€™

Bianca shivers with pleasure. Simon whispers to her with an authority that he has never felt before: â€˜Letâ€™s construct an assemblage.â€™

— The Seventh Function of Language by Laurent Binet

Okay, enough. I’m exhausted. So we don’t end on a negative note, I found a counter-balance. A couple years ago, Salon magazine decided to go Literary Review one better and came up with the Good Sex in Writing Award. Their winner was the critically acclaimed James Hynds’s novel Next. Here’s a winning passage:

Then Lynda murmurs â€œWaitâ€ right in his ear, and as he clutches her waist under her dress she unbends first one leg and then the other over the railing, settling tightly against him, taking him in even deeper. She tightens her calves against the railing and squeezes with her thighs, and he groans, because heâ€™s deeper inside this girl than heâ€™s ever been inside any girl before, and he presses his open mouth against the long, salty curve of her neck. Heâ€™s inhaling her humidity, sheâ€™s panting like an animal just above the top of his head. They canâ€™t move much â€” if she thrusts too hard against him sheâ€™ll topple them into the bushes â€” but the song has finished with words and now itâ€™s just a driving sax, and they rock together to the beat, her sweat dripping into the dress bunched at her waist, her hands kneading his back, his face pressed between her salty breasts, her heart thumping against his lips.

Not bad, not bad. At least I can figure out which part is going where, and the only metaphor is a musical instrument. And as they always say, we should all need to practice sax sex.