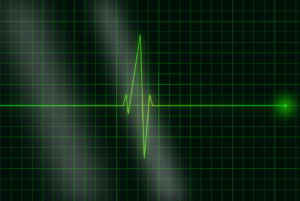 Here’s another first page for our review. See you in a few.

The Scorn of Time

“Time,” Hickstead McCarty said as he stepped onto the elevator and rode toward the third floor. His cart projected 13:40 into the air in front of him. That gave him twenty minutes. He hadn’t been inside Apartment 310 since early April. When was that? Six months ago? Not many women made it to the third trimester anymore, leaving the third floor deserted most of the time. He closed his eyes and envisioned the layout of the apartment, ticking off the areas he’d already searched. He’d stripped everything out of the bathroom, knocked on every square inch of the walls and flooring, and even snaked the drains. Nothing unusual there, unless you consider a large clump of matted, muck-covered hair that had wrapped itself around a simple gold earring, a special find. The year before that, he’d searched the bedroom. Twenty minutes was a lot of time, but once the clock hit 14:00 there’d be no spare time for anything other than work – his boss made sure of that, so there was no time to waste. If he planned it right, he might be able to cover most of the kitchen or go through the entire living room. Sure, the place had been searched many times before, by professionals even, but they must have missed something. They must have, because the Armit files were still there. He could feel it.

He nodded to himself as the old elevator inched its way upward. First, he’d move the couch and chairs away from the fireplace. Then he’d have room to check the hearth, then tap on the bricks in the firebox. Most people wouldn’t think to look there. Probably think it too hot to hide digital files, but the way he figured it, if those damn chips weren’t in the obvious places, then it made sense to look in places that weren’t so obvious. Fred Armit could have created some sort of special container to protect them from heat… or whatever else could happen to them in eighty years.

Hickstead’s heart beat faster with possibilities as he opened the door.

He froze, his ears straining to hear through the wall that divided the entrance hall from the kitchen area. All he could hear was the tinny, metallic sound of … a bowl maybe? Spinning against the tile floor.

No one should be in this apartment.

JSB: First, the good. The opening paragraph raises questions that makes me want to read on. What sort of building is this? Trimesters? Why this one room constantly searched? Who is Armit? Why is there time pressure on the search?

However, as written, the paragraph is dry. No blood coursing through its veins. (More on that in a moment.) Another practical matter is the lack of “white space.” In today’s low-attention-span world, large blocks of text are a challenge for readers. The simple fix is to break big paragraphs into two, three or four. (James Patterson often does this on a macro level, too, by chopping what would logically be one long chapter into two, three, or four “chapters.”)

The second paragraph is mostly the character’s thoughts about what he is going to do (as opposed to actually doing it). It telegraphs action, but is not action itself. Thus, it slows us down considerably.

The page does end with a disturbance—the crash. An intruder. But it’s taken us a long time to get there.

Solution? Start with the crash! Start with McCarty listening. We don’t have to know why he’s there at the get-go. Dribble that in as the action continues.

Act first, explain later. Readers will go a long way with you if the character is doing something in response to a disturbance.

But there’s a larger issue, one that can haunt the pages which follow: we’re missing a sense of who this man is. We’re outside, not inside. The narrative is coolly objective. It delivers information but no sensation. You have one line— Hickstead’s heart beat faster—that is tiptoeing toward emotion, but it’s a cliché. Readers want more, because they are pulling for you! They want to get caught up in a character’s life and challenges.

Compare your piece to the opening of Ray Bradbury’s classic Fahrenheit 451:

It was a pleasure to burn.

It was a special pleasure to see things eaten, to see things blackened and changed. With the brass nozzle in his fists, with this great python spitting its venomous kerosene upon the world, the blood pounded in his head, and his hands were the hands of some amazing conductor playing all the symphonies of blazing and burning to bring down the tatters and charcoal ruins of history. With his symbolic helmet numbered 451 on his stolid head, and his eyes all orange flame with the thought of what came next, he flicked the igniter and the house jumped up in a gorging fire that burned the evening sky red and yellow and black. He strode in a swarm of fireflies. He wanted above all, like the old joke, to shove a marshmallow on a stick in the furnace, while the flapping pigeon-winged books died on the porch and lawn of the house. While the books went up in sparkling whirls and blew away on a wind turned dark with burning.

Montag grinned the fierce grin of all men singed and driven back by flame.

See that? Every word is more than just a beat of the character’s heart. This is a full-on burst of blood and passion and soul. And notice that the blood is pumping within the action. Montag isn’t thinking about what he’ll be doing in a few pages … he’s doing it.

Try this: re-write the scene by starting with the crash. Then keep McCarty in forward motion, at the same time give us a sense of what he’s feeling as he’s acting. You can “marble” in some of those intriguing questions I mentioned earlier, too.

Here’s a tip: Re-write this first chapter in first-person POV. Feel it as you do. Then convert it back to third-person. I think you’ll find this wonderfully instructive. And I’m certain I will then want to follow McCarty into that apartment!

Time to turn this over to you, Zoners. Any other tips for our writer?

14 thoughts on “Get Some Blood Pumping in Your Prose”