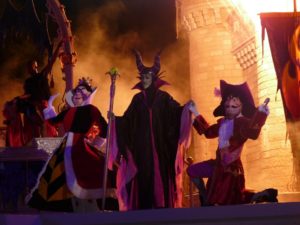 Given a choice between an MFA program and TKZ blog, I’ll show up here every morning, and not just cuz the tuition is cheaper!

Right here is where I experienced a slow but critical epiphany about villains, thanks to posts by P.J. Parrish, Jordan Dane, James Scott Bell, and former KZer Joe Moore (still miss ya, Joe!).

For years, my mystery novels won contests and attention from agents and editors…and rave rejections. Despite study, hard work, and persistence, my books remained unpublished. A key element was missing. But what?

Several years ago I started following TKZ about the same time I began a new novel titled Instrument of the Devil.

My previous books had been traditional whodunits told from first person or close third person points of view, completely inside the head of the main character. That meant a continuous struggle between what she could know (not much) vs. what was needed to solve the mystery. In addition, the plot required red herrings and false suspects thrown in, all without giving away the villain’s identity.

I wrote mysteries like I read mysteries, from a state of ignorance, constantly trying to figure out what was going on.

I had a general idea of the bad guy’s motive, but never paid much that attention to the schemes and machinations happening offstage. All action took place onstage because the first or close third POV required the sights, sounds, smells, and emotions be filtered through the protagonist only. My focus stayed stuck on the hero.

The bad guy hid in the shadows behind the curtain until the big reveal at the end. Unfortunately he’d been hiding from the writer too!

Finally, thanks to the wise folks at TKZ, I recognized the big fat blind spot in my books.

I’d been following the wrong character around all these years!

My realization probably seems like a big DUH to many crime authors. But I’m sharing it in hopes of helping others like myself who overlooked the obvious.

It’s fun to think like a villain! When I started writing from the bad guy’s POV, a whole new world opened up—a world without conscience, constraints, or inhibitions.

Jordan’s great post from last May says, “The best villains are the heroes of their own stories.”

Actor Tom Hiddleston says, “Every villain is a hero in his own mind.” Most actors would prefer to sink their fangs into the role of a great villain than play the good guy.

The baddies in my earlier books had been flat and dull because I’d never gotten inside their heads. Finally, the missing element became clear and…my book won a publishing contract!

Why is the villain willing to steal, cheat, and kill? What rationalizations justify the harm done to others?

A sociopath comes up with perfectly logical justifications and excuses for abhorrent actions.

Irresistible influences like greed, power, and lust can seduce an ordinary person over to the dark side.

A law-abiding citizen may be forced into a corner where he commits acts he would never do under normal circumstances.

If an author roots around in the antagonist’s brain for a while, background, reasons, and rationalizations for antisocial behavior bubble up. Armed with such knowledge, it becomes impossible to write a two-dimensional character. Jim Bell offers a great technique—try to imagine the villain delivering the closing argument to the jury that will determine his fate.

Do you show the villain’s POV in the story or not? That choice is contingent on subgenre.

In a whodunit mystery, the identity of the villain is typically a surprise at the end. Therefore, that POV is generally not shown to the reader, although some authors include passages from the villain’s POV without revealing the identity.

Suspense and thriller novels often are written from multiple POVs, including the villain’s. When the reader knows early on who the bad guy is, the question is no longer whodunit, but rather will s/he get away with it?

The author can choose to show the antagonist’s POV or keep it hidden. But either way, you need to be aware of it because that’s what’s driving the story forward.

Even if you never show the villain’s POV, try writing scenes inside his/her head. You don’t need to include them in the book, but the act of writing them gives you a firmer grasp on that character’s deep desires and how those desires screw up other people’s lives. Once you really understand what the antagonist is striving for, that provides a solid framework from which the story hangs.

If you’re in a corner and your hero doesn’t know what to do next, check in with the villain. While the hero is slogging through steps A, B, and C to solve the crime, the bad guy is offstage setting up roadblocks D, E, and F to keep from being caught.

If you get lost down a rabbit hole, ask questions to get back on track:

Where is the villain?

What can he do to make the protagonist’s life miserable?

Does she need to commit another crime to cover the first?

How can she elude capture?

The best answers can be found inside the bad guy’s head.

What is your villain doing right now?

Do you prefer to show the antagonist’s POV or keep it hidden?

P.S. A BIG THANK YOU to everyone at TKZ for helping me to raise my writing from rave rejections to publication. 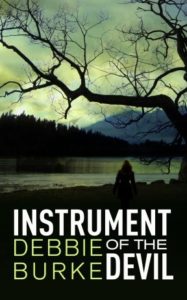 Debbie Burke’s thriller Instrument of the Devil is now available on Amazon for pre-order and goes on sale October 10.