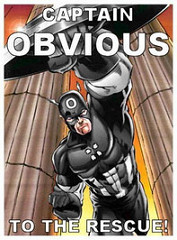 This morning on the way to the gym I was listening to sports radio in my car.  One of those talk shows where people on both sides of a microphone wax wise about what teams in various sports and leagues should be doing to win more often and more convincingly: who starts, who doesn’t, who to draft, trades they shouldn’t have made and should make, the evil nature of owners, the need to fire the coach, etc.

This morning’s caller wanted to know why his beloved Steelers always get their hat (helmet, in this case) handed to them by the Patriots, especially at the hand of Tom Brady. It was apparent that this was ruining his life.

The on-air sports-guy praised the caller for the question, which struck me as odd. It wasn’t a particularly good question as much as it was the voicing of frustration.  Because the answer was obvious. The Patriots own the Steelers because they are a better team led by a better quarterback. You could analyze what it is, specifically, that they do better, but it all boils down to this:

They execute the game at a higher level.

But this particular armchair quarterback sportscaster offered up this less-than-strategic take on what the real problem is, and how to remedy the situation:

The problem is the Steelers defense can’t stop the Pats, especially defending the pass. Their receivers are better than the Steelers secondary. Also, the Steelers D-line doesn’t put enough pressure on Brady in passing situations, which spreads the line of scrimmage for the running game while rendering the option a sure thing. The Steelers offense needs to be better, too. They need to show up in a bigger way.

Maybe it was a good question after all.

Sorry if you’re not a football fan and the lingo sounds like Greek, but this is really basic stuff. Football 101. Especially those last two lines. He should name his radio show Captain Obvious On Sports.

This reminds me of what’s going on in the writing world, as well.

Writers are constantly asking – newbies and experienced alike – what they need to do to write a better story. A novel that publishers and readers will buy and enjoy. A screenplay that gets attention in the movie biz. Short stories that win prizes and jump-start careers.

The answer – the only answer – is much like that of this morning’s sportscaster. It’s not a secret, not remotely mysterious. It is an answer that never changes, and is germane to all genres all the time. An answer that is obvious. It goes like this:

Come up with a premise that offers something new. Or at least gives us a fresh twist on the sure things we’ve come to love (like thrillers and detectives and superheroes and vampires and love stories). Give us great characters within a compelling dramatic arc, especially a hero to root for because we relate to the problem and goal being faced, all of it driven by stakes we feel in a deep and emotionally-resonant way. And then, write it well, with a voice that doesn’t try too hard and structure that creates great pacing and compelling exposition, within scenes that are crisp and visual and vicarious.

In other words… know and practice your craft at a higher level. Virtually every answer to this eternal question is some form of, or at least a slice of, the above.

No matter what your process, there are specific skills, forms, functions, and executions that lead to a higher level of efficacy. But writers sometimes need to be more interested in the question than the real, obvious answer.

Too often their questions, and the sometimes strong opinions they get back, focus on process, to the exclusion of a functionally-effective answer.

Executing on those basics should be the 101 of writing stories. Sadly, in reality, writers seek to skip to the 202. They step over the fundamentals to focus on the periphery. Too many writers simply don’t know, or embrace, the obviousness of how to write a better story.

Of if they do, they can’t quite reach that bar. Often because they insist on sticking with that vanilla, seen-and-read-read-it-before promise, or insisting that dramatic tension (plot) doesn’t matter because it’s all about the characters. Which is something they heard from someone who meant well, but didn’t deliver the whole picture.

Indeed, a compelling, memorable story is a high bar. Just ask the Steelers back there in our opening analogy. Just play better. Because once you know those basics, you have to put them into play. And that, at a professional level, is rarer thing.

The ongoing goal of serious and commercially-ambitious authors, then, should be to pursue and practice and refine those fundamental tenets of storytelling. The 101 of writing. Once you do, the frosting on that cake tends to manifest from the evolved instinct that those basics impart not only to the story, but to the author her/himself.

Truth is, not all writers begin with the earnest pursuit of these basics of story.

And yet, the information is out there. The entire realm of writing workshops, conferences, books, blogs and writers groups exists for the express purpose of explaining what this means to writers who truly want to a deeper dive into it all. That and, in the case of blogs, commiserate about the writing journey and give some writers the chance to write about themselves.

There are plenty of resources available on the peripheral issues, as well. Which is good, especially when embraced at the right point along the learning curve. But it can actually part of the challenge, too, because the frosting is worthless if the cake tastes like cardboard.

The “How To Land Your First Agent” workshop fills up quicker than the “Story 101” workshop almost every time.

Writing may be the only profession on earth where we have legitimized starting at the end of the learning curve and leaving the foundations of it all to a seat-of-our-pants chance.

Yes, there certainly are subtleties, nuances, and subsets branching from each of those categorical craft distinctions, as presented in the italics above. Those comprise the 202 level and beyond, building on a solid 101 understanding. Without it, writers may be putting frosting on a cake that didn’t rise in the oven.

As a story coach and writing teacher, blogger and author, people send me their stories all the time for evaluation. The details of their pitch are often vivid and fabulous. But it’s the 101 – the core dramatic premise, the richness of the hero and her/his journey/quest, the stakes, the arc toward resolution – that is often left wanting… well over half the time.

The 101 is hard. The core principles, so easily named, can actually be quite complex. That’s why we need to stay focused there, to build our storytelling muscle based on those core fundamentals.

This began with a sports analogy, so allow me to conclude with one.

I’ve participated in many spring trainings as a professional baseball player, albeit long ago. Now that I’m old and can barely tie my shoes anymore without ibuprofen, I’ve witnessed hundreds of spring training practices and games while living in Arizona, where 19 teams come together every February for seven weeks of… wait for it… returning to and practicing the core fundamentals of what makes their game effective and powerful. Sure, there are photo shoots and press interviews and uniform fittings, but the core focus of everything, morning to late afternoon, is conditioning and bunting and pitchers covering first base and turning a double play and optimizing one’s swing based on the count and the presence of men on base and getting the perfect angle of spin on a slider that needs to hit the black instead of out over the plate.

The core principles of fiction may be obvious, but they are not inevitable. You’re not born with them, either. They need to be called by name, defined by function, made clear through example and practiced until refined.

Even then… well, the Steelers roster isn’t filled with a bunch of wannabes. The fundamentals of the game are the prerequisite to even getting into a uniform, much less an agent. From there, once you get into a league of professionals – certainly, this is a goal we all share as writers – then, and only then, does the peripheral frosting matter all that much.

Writing is one of the best case studies that prove the old saying to be true: the devil is in the details, because the details may tempt you prematurely, seducing you into believing you are solid at the very core of things.

But the gold… that’s always available in the obvious.

11 thoughts on “When the Obvious is Golden”