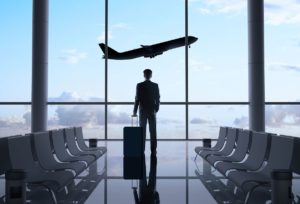 Good Saturday to you! Please join me in welcoming Anon du jour, who has bravely and graciously submitted the introduction of his work in progress to The Kill Zone movable feast known as the First Page Critique. Anon, let it roll with the first page of Cabal in Catalonia:

Standing at an empty Gate 2 watching my ten-day getaway to Barcelona, get away without me, and I can’t remember being this happy getting kicked off a plane.

It has nothing to do with my girlfriend Ebba, who’s working the flight and probably, demonstrating the operational intricacies of a seat belt to 200 dull-eyed passengers right about now. It does, however, have everything to do with Monica Reyes, a green-eyed beauty with a mop of fiery red waiting for me at Drink, a little martini bar just a few steps away. Only she doesn’t know I’m coming or even that she’s waiting for me.

Only a few of the dozen tiny round tables are occupied when I walk in and find her perched on a barstool with a cell phone pressed to her ear. Her face lights up when she notices me and ends her call with, “speak of the devil. Gotta go now. Okay. I will. See you in Barcelona.”

“Is this seat taken Miss?” I ask nodding to the empty next to her.

“I’m sorry it’s reserved for Mister Tucker Blue. That wouldn’t be you, would it?”

“Then by all means,” she smiles. “So what happened? I thought you were on?”

“I was, and I waited for you to show and when you never did, I had no choice but to sneak off the plane.”

Her cell phone rings. She plucks it from her purse and checking the display says in afterthought, “I’m good thanks,” then stands and turns to take the call.

Swiveling to the bartender, I order a, “Glenfiddich on rocks with a splash please,” and turn to examine her from behind. Tall, five-nine maybe? Ten? A curvy slim with nice calves. The broad shoulders and strong back say athletic, not masculine. Au contraire. This woman’s totally feminine, either that or she’s the most impossible Danish Girl. Probably plays tennis, at the club, and . . . Check out the neck. Long and slender, a runway of creamy white. I can already feel the warmth nuzzling my way in there.

Jesus, you’d think I was sizing up a cow for market.

Anon, I hope what follows doesn’t sound like I’m picking on you. Your first page, however, is dead on arrival due to the death of a thousand cuts. All of them are self-inflicted.

You have three primary problems which you repeat throughout the work. The first is with punctuation. Specifically, you engage in the overuse and improper use of commas. Many are guilty of this (including me, me, and me) but your errors are excessive. You seem as a general rule (though not always) to have inserted commas where you don’t need them (after “Barcelona” and after “probably” at the beginning of your work) and not including them where you do (before “splash” and after “please” near the bottom of the page. There are many more. You can find a quick guide here that will help you with this problem. Overuse breaks up the flow of your story at best and makes the it confusing at worst.

The second problem falls under the general heading of grammar. Let’s again look with your first sentence:

Standing at an empty Gate 2 watching my ten-day getaway to Barcelona, get away without me, and I can’t remember being this happy getting kicked off a plane.

Let’s see what happens when we clean this up a bit. Oh, and since Tucker is using the first person present, let him tell us where he is, rather than the heading:

I’m  standing at an empty Gate Two at JFK’s Terminal 8, watching my flight take off.  There goes my ten-day getaway to Barcelona. I got kicked off of the plane and couldn’t be happier.”

This takes one long sentence that’s needlessly confusing and chops it into three short(er) sentences.

There’s more. You describe Monica Reyes as having a “fiery mop.”  This brought to mind the image of a custodian wildly swinging a flaming mop around the lounge, causing the occupants of the bar tables scattering for their lives. Do you think Monica would like her hair described as a “mop?” A “thick mass of ginger hair” or another term might work better.

Then we come to:

Only she doesn’t know I’m coming or even that she’s waiting for me.

Only a few of the dozen tiny round tables are occupied when I walk in and find her perched on a barstool with a cell phone pressed to her ear.

You also begin consecutive sentences with the word “only.” It’s repetitive and really isn’t necessary. Take them BOTH out. Let’s also correct that run-on sentence, too:

She doesn’t know I’m coming or even that she’s waiting for me.

A few of the dozen tiny round tables are occupied when I walk in. She’s perched on a barstool with a cell phone pressed to her ear.

There are some other problems of a similar nature. I’m just going to name two. When you’ve got more than one person in the scene you should name who you’re dealing with so that we know for sure that Tucker is “examining” Monica, and not the bartender, from behind, to give but one example. Also… “examining” sounds clinical. How about “checking out”or “take a quick look” instead? Examining is what doctors do.

The third problem is story consistency. This drove me crazy, Anon, to the point where I didn’t want to read any further. Even if you plan to resolve inconsistencies in the story’s future, you are confusing your readers in the present:

— Tucker tells us that Monica doesn’t know that Tucker is coming and isn’t even waiting for him. Why, then, does she ask if he’s Tucker Blue and tell him that the seat is reserved for him? She obviously knows he’s coming if she has reserved a seat for him. If she’s flirting with him you need to indicate that, Anon. Otherwise it doesn’t make sense.

— Tucker initially tells us that he was going to Barcelona but was  kicked off of  the flight. He tells Monica that he snuck off. If that’s an error, fix it to reflect that he was either kicked off or snuck off.  If Tucker is lying to Monica, he should indicate that to us, as in “Yep,” I lie. “My lucky day I guess.”

There are other errors in all of the three categories. I could go on. Instead, Anon, I recommend that you 1) find a good book on grammar basics and study it carefully; 2) check out that website I linked to concerning comma use;  3) look for internal inconsistencies in your story; and 4) slowly read your story aloud to hear how it sounds. If it sounds awkward or wrong, it is probably reading the same way. I am not trying to discourage you, Anon. It’s just that your story needs a lot of work if you’re hoping to get published by an editor and read by the public. Good luck to you. I wish you the best.

I will now attempt to stay uncharacteristically quiet while I hand the forum over to my fellow TKZers. Thank you!