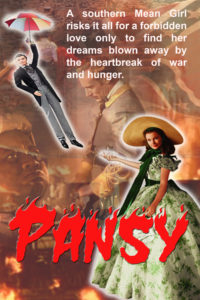 Let me run something by you, just for your opinion. Which of these titles grabs you for a thriller/mystery?

Somebody’s Daughter
Hunger Moon
A Walk in the Woods

We’ll get back to those in a second. But now, let’s talk about one of the most important things you need to succeed in this business. Forget talent, forget perseverance, forget craftsmanship. Even forget luck. I’m thinking today that what you really need is The Title Gene.

Okay, I am being a little flip here (That happens when you’re coming off a bad writing day and no sleep). Of course you need all those other things. But I am beginning to think that you just can’t discount having the knack for great titles. It’s a different talent than book writing. It’s akin to headline writing in journalism. (I once made my living doing this). You have to sum up in one to five words the heart and soul of your story. And make it sound sexy, exciting and oh-so different from every other book screaming for attention on the shelves.

I think we give good title. But I tell you, it is getting harder and harder to come up with something fresh in the crime writing business. How many variations are there on all the usual buzzwords — death, black, darkness, grave, murder, cold, midnight, evil? You get the point.

Titles are a little bit like bras. Finding the right one is a deeply frustrating, uncomfortable exercise and you have to try on a bunch of them to find one that really fits. (Men, you’re on your own here — jockstraps?)

Our first book Dark of of the Moon began life as The Last Rose of Summer (Yuck…and too romancy) and mutated into Circle of Evil (not bad but a little heard-that-before) before I found the Langston Hughes poem “Silhouette” that inspired it.  The line was: “Southern gentle lady, do not swoon. They’ve just hung a black man in the dark of the moon.”

Our third book Paint It Black? Well, just listen to the lyrics of the Rolling Stones’ song and you get the shivers. We went back to the Stones for our first stand alone thriller, in their song “Too Much Blood.” We wanted to use that as our title but our editor nixed it and came up with The Killing Song.  I still like the Stones title better.

Then there’s our book Thicker Than Water. It’s a good story, one of my faves, but man, what a lousy title. And guess what? It was our worst-seller. Its original title was Flesh and Blood but Jonathon Kellerman had a book coming out the same time with the same title and our editor told us, “Your book will suffer.” Lisa Gardner had a book called Gone, same title as Kellerman. I wonder if she suffered?

We followed up with Island of Bones. Can’t go wrong with “bones” on a title and frankly, we hit on the title before we had a plot for this one. It sold really well.

Then came A Killing Rain. We didn’t have a title until we were almost done, and while writing a synopsis for the marketing people, I wrote: “The story takes place during a Florida cold snap, what the farmers here call a killing rain.” Well, duh. But here’s a postscript. My sister Kelly was on a panel at Left Coast Crime and David Morrell said something about Barry Eisler’s latest, Killing Rain. Panelist Lee Goldberg kidded to Kelly, “you should sue his ass.” Everyone howled. But it’s really not funny when your book has the same title has someone else’s. I mean, Jonathon King’s A Killing Night came out the same time! And the same time my first short story “One Shot” came out, guess what Lee Child book was on the shelf? When we ran into each other at Bouchercon, Lee told me I stole his title, but he was joking. I think.  He bought me a drink.

An Unquiet Grave was another of our books that didn’t have a title until the end. But I was surfing through Bartlett’s online quotations (the brain-dead writer’s friend!) It was luck — or karma? — that the old poem I found was not only an evocative title but dovetailed with our theme. The gods protect fools, travelers and occasionally even writers.

Years ago, I read a book by John Katzenbach called In the Heat of the Summer. Terrific book with a flaccid title too reminiscent of In the Heat of the Night. When they made a movie of it, it was retitled The Mean Season. Much better, no?

Many of us have what we call “working titles.” When we use that term it’s usually because we know in our heart of hearts the title sucks. And as I said, it takes real elbow grease of the brain to come up with the right title. So don’t get too complacent and go with that easy working title that really doesn’t work. Or find someone who can  talk some sense into you, as these famous folks did: 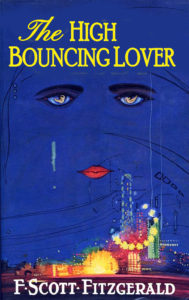 The original title of The Great Gatsby was Under the Red White and Blue (the American Dream, get it?) Fitzgerald also considered Trimalchio’s Banquet and The High Bouncing Lover. Good thing his editor Max Perkins, who had the title gene, overruled him.

Margaret Mitchell originally named her heroine Pansy and wanted to call the book after her. Then she wanted to call it Bugles Sang True. She argued with her publisher and they suggested using the novel’s last line, “Tomorrow Is Another Day.” Mitchell finally offered up a line from a poem by Ernest Dowson that goes: “I have forgot much, Cynara! gone with the wind.”  Dowson himself titled this poem: “Non Sum Qualis Eram Bonae sub Regno Cynarae,” which means, “I am not as I was under the reign of the good Cynara.”  Dowson didn’t have the title gene.

The apocryphal story about Joseph Heller’s Catch-22 is that it was originally called Catch-18. Doesn’t have quite the same ring to it, does it? And then there’s J. K. Rowling, who was talked into changing the name of Harry Potter and the Philosopher’s Stone to Harry Potter and the Sorcerer’s Stone. Changing one word can make or break you…and your book.

Your title needs to work hard to communicate to readers not just its topic but its heart. The best titles work on several levels, meaning something quick and memorable at first glance but then something deeper about theme.  Consider this title:

You can’t begin to guess what the story is about. And the extra “that” in the middle is clunky. (Joseph Heller used Something Happened for his story but it’s meant ironically for a story about what Kurt Vonnegut called “a tale of pain and disappointments experienced by mediocre men of good will.”) Something That Happened was finally published under the title Of Mice and Men. Now that’s an odd title until you understand why Steinbeck chose it. It comes from a Robert Burn’s poem about a ploughman who accidently unearths a mouse nest and the poem ruminates about the shared mortality of men and animals but notes animals don’t worry about the past or the future. Steinbeck uses this title to tell us something about Lennie (the mouse) and George (who upends the nest). Lennie regrets nothing but George has to live with his actions all his life.

Here are some others that were almost born with the wrong name, with my opinions in red added on about why I think they didn’t work.

Titles are so important, there are even websites where you can test the “bestseller” quality of yours. And there are some guys who rent out as book titlers. Right…

I think I would rather just ask my friends who have the title gene. Like our buddy Rick Mofina. A couple years back, Rick would not tell us the title of his WIP no matter how many times we bought him drinks and promised not to steal it. It would have been worth stealing — The Dying Hour.

Here’s the thing: If you make it big — I mean really big — titles seem to cease to be important. Hell, you could slap Evil Refried Beans of Midnight on a Mike Connelly book and it would sell. But the rest of us? We are stuck in title hell, still looking for that one great phrase that will separate us from the ever-growing pack.

I like Dave Barry’s philosophy. He has a book called Dave Barry Is Not Taking This Sitting Down. He claims that he wanted to call it Tuesdays with Harry Potter but that “the legal department had some problems with that.”

P.S. Those three titles at the beginning? They were all the working titles of one of our books until our editor said, try, try again. We were on chapter forty-something before we realized our novel’s structure fell neatly into three parts so we used these titles as subtitles. Our book title didn’t surface until we finished the first draft and realized our investigator had unearthed the remains of five murdered women, but that some bones, for weird reasons, were missing. Our final title? A Thousand Bones.

27 thoughts on “Do You Have the Title Gene?”