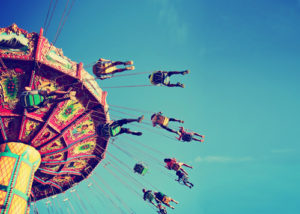 “If a plot could be compared to the body of a race car, the theme would be the engine turning its wheels“.

A story’s theme is the fundamental and universal idea behind its plot. In King Lear, for example, one of its main themes is “authority versus chaos”.

Sometimes people confuse a story’s subject with its theme. The subject of a story would be a one-word descriptor of its main idea. “War”, for example, would be the subject of many stories. A theme would be an opinion related to that subject, such as “In War, everyone loses.” (See Joe Moore’s excellent post on the difference between subject and theme)
Some writers approach theme almost as an afterthought–or worse, they forget to factor in a theme at all, which can result in a story that seems aimless or shallow at its core. Having  a well-crafted theme adds dimension, depth, and cohesion to stories.

Writers often use minor characters to explore a story’s underlying theme. I call this method the “360-degree” approach to developing theme. In this approach, the secondary characters represent various aspects of the main theme, and they act as foils to the main character’s experiences. For example, the theme of one of my stories was “Mean Girls Suffer The Last Blow.”  That theme was explored through the story arcs of several characters. One woman had been victimized by bullies in her youth; another was herself a bully. Another character was a protector of abused women.  Each of these characters explored different facets of the subject of bullying and  emotional abuse.