In 2007 the lovers were born. Soon they met, and conceived a bastard child. The child looked so beautiful … until … 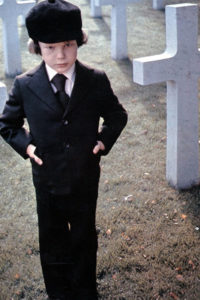 What’s this? A riff on The Omen?

Nay, for it really happened. The lovers were the Kindle and Twitter. And their child is that brain-eating spawn, social media marketing.

When the child turned one, writers were just starting to figure out they could profitably self-publish on the Kindle platform.

They also saw Twitter exploding with users. They began to reason: Hey! What an easy way to reach a zillion potential book buyers! All I have to do is tweet out, “My new thriller is not to be missed. Buy it here!” and keep on tweeting that same message. Over and over. A dozen times a day. The money will pour in!

Which it never did, of course. For authors and businesses soon woke up to the harsh reality that Twitter is not great shakes at direct marketing. In fact, it is barely any shakes at all. It is social, and personal … but it is no citadel of commerce.

Still, addicted to hope, authors jumped upon each shiny new social media outlet that appeared. Pinterest! Tumblr! Google Plus! In truth, Instagram may be the only social media platform that has shown signs of longevity in terms of a social media marketing platform. Why do you think that so many people are interested that socialfollow helps you get followers? People are always looking to boost their numbers to appear more attractive to brands.

This addiction was fueled by enablers. Writers hoping to catch the interest of a traditional publishing house were being advised by agents and editors and critique-group chatterboxes that a gigantic social media platform was an absolute necessity for success!

Biggest load of flapdoodle since Fen-Fen, with just as many ruinous side effects.

Here’s the truth: social media madness is eating your brain, affecting your ability to concentrate and work deeply, and sabotaging the quality of your fiction––which is the one thing you cannot afford to have sabotaged if you want a long-term career!

Social media stimuli is actually akin to a drug addiction. Really. Brain scans show that constant internet users have similar brain patterns as drug addicts and alcoholics. And since social media involves another “you,” the social-you, the branded-you, the you you want to present to the world, there’s a dopamine effect. You get a good jolt of pleasure when you post, because it’s easy and it’s all about you. Which in turn makes you crave more of it.

The book Deep Work by Dr. Cal Newport is an eye-opener on all this. The gist of the book comes from it’s cover copy:

Deep work is the ability to focus without distraction on a cognitively demanding task. It’s a skill that allows you to quickly master complicated information and produce better results in less time. Deep work will make you better at what you do and provide the sense of true fulfillment that comes from craftsmanship. In short, deep work is like a super power in our increasingly competitive twenty-first century economy. And yet, most people have lost the ability to go deep-spending their days instead in a frantic blur of e-mail and social media, not even realizing there’s a better way.

Writing a novel is hard work. So the moment you get to a challenging spot, your brain starts to crave the easy pleasure and fast distraction of hopping onto the internet. The more you follow that impulse, the stronger the impulse center grows.

Thus, you’ll be distracted from your fiction all the time. Your ability to concentrate and stay engaged, and actually work through a writing problem toward a breakthrough, will weaken. You’ll be like a former champion pole vaulter who has started to take frequent breaks from training to snag donuts and coffee. Instead of vaulting to greater heights, the bar is going to have to be set lower and lower. Pretty soon, you’ll be doing The Limbo.

After reading Newport’s book, I saw how much of it applied to me. I’d fallen into some bad habits. Too often as I wrote I’d find an excuse to go check social media, which took me out of “flow” and often kept me distracted far too long.

This, in turn, hurt my concentration in other areas, like reading. I noticed that I’d only get through a few pages in a book before I’d feel like checking Twitter or Feedly or some news sites. I was losing the ability to “get lost” in a book, one of the main pleasures of reading. (Fess up. It’s happened to you, too, hasn’t it?)

So I took some steps that have helped enormously, and now pass them on to you:

Do not go on the net at all, ever, without scheduling the time to do so. When you sit down to write or read a book, give yourself a slot––one, two, three hours––during which you will not go net surfing at all. Then jot down the exact time you’ll do some internet, what your objective is (news, email, social media, etc.), and how much time you’ll allow for it.

Do this for the entire day.

At first, you’ll notice as you work that the strong call of the internet is still there. Like the Sirens singing to Odysseus. Fight off that urge every time it arises! Put yourself back into the pages or the books. Slowly, but most certainly, you’ll retrain yourself to concentrate on matters at hand. It’s a great feeling to get that back! And your writing will be stronger, your reading comprehension better.

And put it somewhere where you can’t see it––pocket, backpack, another room. There used to be a time, youngsters, when we could take a phone “off the hook” so it wouldn’t ring. Learn from your grandparents.

This is something Newport recommends. The concentration required in memory work is good training for when you’re writing or reading or studying.

My two favorite memory books are …. wait a second …

Oh yes! The Memory Book by Harry Lorayne and Jerry Lucas, and Maximize Your Memory by Jonathan Hancock. (You can get a used copy of the latter for a song via sellers on Amazon. This is a very good deal!)

I’ve noticed that when I do memory exercises (one of my faves is memorizing phone numbers), my mind feels more alert and active when I get into my writing.

Choose a book or subject that forces you to concentrate in order to understand it. Then read and make yourself understand it!

I own a set of the Great Books (as collected by Mortimer Adler). The best part is the three-volume Syntopicon, an index of the 102 “great ideas” and the various places they are discussed in the books themselves. Each subject has a long introductory essay by Adler (this guy was an amazing brain! He knew not Twitter or Facebook!). My new goal is to read each essay and pursue the references that interest me, and take copious notes.

Here’s another idea: there are TENS OF THOUSANDS of great books, free and Kindle-ready, at Project Gutenberg. Literature, history, philosophy, memoir. Some starter titles I recommend:

A Manual of the Art of Fiction

The Journal of Henri-Frederic Amiel

Moonbeams from the Larger Luncay

Now, I don’t advocate you ditch all social media. My own view is that you ought to specialize in one outlet and do it because you enjoy it. I specialize in Twitter, with some Facebook presence, and of course my Sunday posts here at TKZ. 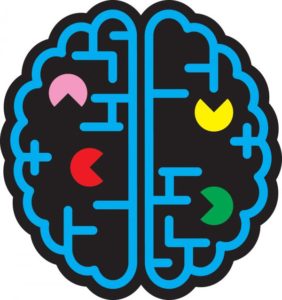 But I do, however, counsel that you take a hard look at your social media practices. Are you using it, or is it using you? Are you getting on it first thing in the morning (when you could be writing your Nifty 350 or Furious 500?). Are you haphazard about it during the day? Do you stop randomly as you write to go check something out on YouTube, Twitter, or Facebook? (If so, you could be a YouTwitFace). Do you check your phone several times an hour?

My guess is that for 97.8% of you, there’s brain-eating going on. It’s Pac-Man in the synapses! Time to unplug that game!

Does this ring true? What’s been your long-term experience with social media? Madness or method?

(Here’s the talk by Cal Newport that started me thinking about all this):

54 thoughts on “Social Media is Eating Your Brain”