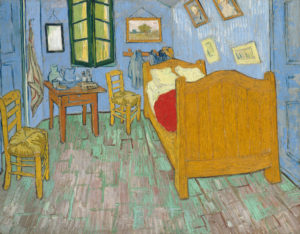 Just to be blunt: I’m not a teacher. Unlike my goombahs here at TKZ most of what I offer every other Saturday is not going to help you to write your best seller or even your mid-list seller.  I’m still struggling with that myself. I will offer advice from time to time, but today isn’t one of those times. I have another unusual story for you today, and I hope that at the least you enjoy it and at the most it burrows under your brainstem for a few days and maybe inspires you to delve back into your own respective histories and spin some random thread from your past into gold.

A bit of housekeeping first: I have heard nothing further from the person who sent me the cryptic text two weeks ago, warning me not to play with their grandchild. I’ll advise if something occurs but for the moment it appears to be a case of mistexting or mistaken identity.

Onward. I was blessed mightily with a childhood in which I lived in an upper middle class suburban neighborhood. It was quiet, peaceful, and the police were primarily used to fill a few float spots in the annual Fourth of July parade. Cue the music to The Andy Griffith Show, move the show up north and triple the average household income, and you’ll get an idea of what it was like. Nothing ever happened. It was 1960, I was nine years old, and the only times my pulse really quickened was when the new comic books came out on Tuesday and Thursday. I happened to awaken very late on a warm and perfect summer night. I sat up in bed, listened to the sound of the attic fan — this was before air conditioning was as common as it is now — and got out of bed. Lassie, our collie — if you had a collie back then it was named Lassie — half-heartedly wagged its tail in the hallway  but otherwise didn’t stir as I walked past my parents’ room on the one side and my sister’s on the other. We had a spare bedroom that my dad used as sort of a half-assed office that had a back yard window and for some reason I headed back there to look out the window, but not for any particular reason that I can remember now.

There were three men standing at the far corner of our yard, looking at our house. They each wore coats, ties, and, for some odd reason, overcoats. I couldn’t hear them but they were gesturing at each other and toward the house. I could see them clearly in the moonlight and they frightened me like I have never been frightened before or since. The villain featured in the Dick Tracy newspaper comic strip at the time was a character named Rhodent (sic) and one of the men looked almost exactly like him. I was frozen in place; I would probably still be sitting there, but one of the men suddenly looked directly up at the window where I was watching. I turned around and ran back to my room, jumped into bed and laid there awake for the rest of the night.

The following morning brought what seemed to be clarification. I thought that maybe I had just dreamed what had happened, the result of a little too much Dick Tracy. The main thing was that Lassie, whose territorial domain consisted of a three block radius and which required that she bark at everything, never made a sound. I accordingly didn’t say anything to my parents. Later that day, however, I happened to run into a kid in the neighborhood who was what we would now call a backdoor neighbor. The kid, who we will call “B” and was my age, came up to me with uncharacteristic somberness. He said that during the night he had looked out of his bedroom window, which was in the back of his house, and had seen three men standing and gesturing in our backyard. B said he watched them for a few minutes until one of them pointed at one of our upstairs windows, at which point the three of them turned and walked away in between B’s house and his next door neighbors. B thought he was dreaming, too, but thought the dream was interesting. He never told his parents either. For my part, I didn’t look out of that back window for the remainder of the time that we lived in that house.

I hadn’t thought of that story until last night, when I happened to wake up at 2 AM and for some reason thought of it, and also thought of B, with whom I hadn’t seen or spoken in over fifty years. I wondered about it and fell back to sleep. This morning, I saw B’s obituary in the morning paper. He died early yesterday, unexpectedly.

If you have an odd story like this and would like to share it I would love to hear it. I don’t know how to describe how I feel. I’m wondering who those three men were and why they were standing in my backyard and what happened to B and how people drift apart for no good or bad reason. Talk to me.

38 thoughts on “A Dreamless Summer Night”