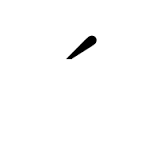 I am reading THE LAST WITNESS, a new crime/police procedural novel by Denzil Meyrick. It’s been a bit of tough sledding for me. The story itself is terrific; it concerns a crime lord who has seemingly returned from the dead after being murdered several years ago and who is making up for lost time by getting revenge upon old enemies and traitors in very innovative and brutal ways. It’s an element of the dialogue that is doing me in, even though it is clever, inventive and in many instances hilarious.

The problem I am having is related, in a way, to Meyrick’s characters. They are all Scots, and talk like them. This is not exactly a coincidence, since Meyrick is himself a Scot. It’s tough to decipher. I wouldn’t change a thing, by the way. A couple of times, after figuring out what the wee lads in the book are saying, I’ve tried saying the sentence or three in American English and it just isn’t as good. When Myrick wrote The Last Witness I am reasonably certain that he wrote it for the British and not the American audience. And there we are. I’m still having fun with the book; it’s just taking a bit longer.

This brings up a question, however. How do you handle accents and dialects in the dialogue of your work in progress? Do you write it as if every character speaks “General American,” which is generally what American broadcasters use? Or, if your book is set in the south (to name but one example), do you write it using a southern accent, of which there are six different dialects and several sub-dialects? My own rule of thumb — generally — has been to write the dialogue using General American, but to describe a particular accent or dialect that informs the character’s accent after the character’s first sentence or two. For example: When she spoke, her accent conjured up images of magnolia trees, of the soft sound of paddles propelling a skiff across murky swamp water. And I did say generally, didn’t I? Sometimes, as in The Last Witness, pairing up a dialect to the dialogue makes things interesting, as I did in a story of mine titled “Disappearing. Soon”:

“We couldn’t figure out why  the pilot of the airboat had a baseball bat at the ready, until he swung it suddenly at a tree branch, hitting a low-hanging cottonmouth which went flying across the narrow channel. “Yee-ah!,” the pilot yelled. “I ain’ gonna get bit taday, me!”

So how do you handle this issue in your own writing, if it comes up at all? And how do you feel about it when you encounter dialect in your reading? Does it add to the story for you? Or would you rather the narrative just be straightforward?

43 thoughts on “A Different Word for Everything”