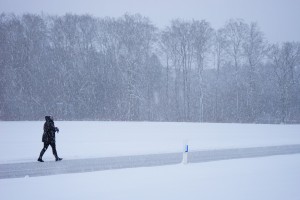 Virtually all books on character creation contain a list of questions, a “dossier” to fill out which starts with how a character looks, where he was born, and so on through his family circumstances, education, likes and dislikes, etc.

I have not found such forms helpful. It may just be a personal quirk, but I’m never excited about filling out answers to questions.

First of all, too many answers too soon might hinder the development of a character. A book is a living, breathing entity. If I have a long list of facts for a character before I begin writing, it hamstrings me. I may want the character to do one thing or another, but the dossier is set and works against me.

Characters I create using the dossier method seem cold and distant. I want characters who are hot and close.

Consequently, I’ve come up with my own way of bringing story people to the page. It starts with my protagonist and finding a visual (a head shot) that resonates with me, that says to me, This is her! I copy that image and paste it on a character card in Scrivener (this way, I can look at a corkboard of all my characters at once).

Next, I want a unique voice, and that comes from a Voice Journal, a free-form document of the character talking to me. I let the character go on and on until I hear a distinct and surprising voice. It always happens, bubbling up from my basement without me being overtly conscious of it.

From here I usually go to my “mirror moment.” I brainstorm it by making a list of possibilities, until one clicks. Then I let the character talk to me in the Voice Journal. When I nail that moment, I know my pre-story psychology (and can brainstorm that, again with the journal) and the transformation at the end (I try to visualize a scene to prove the transformation. All this is explained in my book, Write Your Novel From the Middle).

I’ll spend almost as much time with my antagonist, but relatively little with the other characters I’ve cast in the story. Why? Because I want to be able to manipulate them as needed. God complex, don’t you know?

As I write to my “signpost scenes” I’ll be creating characters along the way. Instead of stopping for each and filling out a form, I just ask the character to tell me what I need to know!

For example, let’s say I’m writing a scene about a lawyer interviewing a witness. The lawyer is the main character, a female public defender. The witness is an old man who used to be a … I’m thinking about it … I want him to be blue collar … how about a machinist?

I know my Lead pretty well. Now I’ve come to this old man. He’s going to be an important player, so I start by giving him some basics—age, looks, vocation. I’ll find a head shot to match.

Now to the scene. My lawyer is questioning him in his home, and he doesn’t want to talk to her at all. Why not? So I can have conflict, of course. But the question now is why? Why would he refuse?

You wanna know why I don’t want to talk to a lousy lawyer? Well I’ll tell you. The minute you start flapping your gums is the minute you’re going down, because the whole system is rigged against you. I was going good there when the aerospace boom was on in L.A., out there in the San Fernando Valley, and I was good at what I did, I could operate anything, and I had a friend, Buck Franklin, that was the scum sucker’s name, he took me to a couple of meetings where a guy wanted to know if I could use some more scratch, and of course I could’ve, we all could’ve, and before I know it I’ve got a couple of Gs in cash but this guy wants me to give him some information about what’s going on inside Rocketdyne, and I say sure, but instead what I do is go to the FBI, right to ‘em, and tell ‘em what’s going on. But before I can say Jack Robinson, they turn around and arrest me because of some evidence that got planted, because the agent on the case was dirty, but I was never able to prove it, not even to the L.A. Times who wouldn’t touch my story. And I end up out of a job and out of a pension, and can’t get hired, and Buck Franklin ends up farting through silk. So yeah, I’m not talking, I’m clamming, I don’t care if I see the Queen of England walk up to a drug dealer and blow his brains out and take his money. You’ll get nothing from me.

This all just came out as I wrote. I kind of like it. I can tweak it as I will. But the big thing is this: I now feel this character. When I render him on the page he will alive for me––and thus, I hope, for the reader.

So there’s my tip for today: Don’t fill out forms. Let the characters tell you about themselves. And if what they say is Dullsville, dig deeper. Make them reveal a secret to you. Ask them what the one thing is they don’t want anyone to ever know about them.

That’s how you bring your characters in from the cold.

So what about you? What is your process for character creation? Do you like the dossier method? Or are you more of a “character pantser” who creates on the fly?

48 thoughts on “How to Bring Characters in From the Cold”