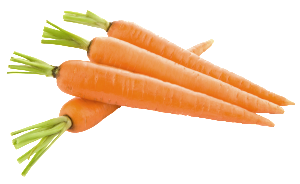 Stories can be found everywhere. You don’t have to look for them; they come to you. Richard Matheson wrote the immortal short story “Duel” after a highway encounter — what we would now call “road rage” — with the driver of a tractor-trailer. I read another great short story, decades ago (and I wish I could remember the author) about a guy who brought his Sunday paper in from the front porch and there was a gawdawful bug on the inside of the newspaper bag which tried its best to kill him and almost succeeded. The author in his Afterward noted that the story was born as the result of a spider catching a ride into his house in the manner presented in the story. And so it goes.

I got the spark — and I mean the SPARK — yesterday in the produce aisle of a local supermarket. I was looking over the carrots and such when I heard a male voice, coming from close behind me, saying, “Hey, old man.” I ignored it —I mean, surely the guy could not be talking to me — yet the person persisted. “You,” he said, using a low voice. “With the concealed carry.” As it happens, I do have a concealed carry permit, and at the time had in my possession a .38 in a pocket holster. It’s very unobtrusive, so that it is not easy to tell when or if I’m carrying, unless someone is specifically looking for it. I turned around to find a stranger of about my height and age, wearing sunglasses and a gimme cap, smiling somewhat strangely at me. “You a fast draw?” he asked. I just shook my head and asked, “What do you mean?” He answered, while moving a step closer to me. “You got a gun. Think you can outdraw me?”

I was thinking at that point that I was dealing with someone who was very foolish at best or mentally unbalanced at worst. My primary concern, however, was that the store was busy. The produce department in this particular store is located close to the entrance and exit doors and everyone  from retirees in golf shirts to moms in yoga pants were making cross patterns near us. I needed to move this encounter elsewhere, and quickly. I said to him, keeping my voice level, “This isn’t a conversation we should be having in here. Let’s go outside and talk about it.” My plan was to wait until we got into the store vestibule or just out to the parking lot where I planned to suddenly trip him, immobilize him, and have someone call 911.

This all changed when the stranger, instead of answering me, smiled, took off his sunglasses and cap, and said, “Hi, Joe.” The stranger turned out to be  a friend of mine, someone I have known for decades and with whom I speak frequently but rarely see. He is retired from a very elite government agency where he was renowned for being able to substantially change his appearance with just a hat or glasses a talent which he demonstrably still possessed (and yes, the passage of time helped him, too). He was pranking me. Some might regard what he did to be foolish, but he knew exactly how I would react, or intended to react — much of what I have learned about such matters, I’ve learned from him — and thus inferred that I would not take action beyond that which would reasonably be called for at any particular point in the situation. As for myself, it took a few minutes to get my heart rate back to normal, as I went through the stuttering motions of keeping up a conversation  and then completing my shopping. In addition to carrots, I suddenly needed to buy some bleach.

After I arrived home and got the groceries unpacked (note to the gentlemen out there: no husband was ever murdered by his wife while he was unpacking the groceries, no matter how egregious his sins) and started some laundry I realized that I had the opening hook of a domestic thriller which I’ve been toying with for months handed to me. Actually, I had several different beginnings handed to me. All of them involve a supermarket, a shopper seeming minding their own business, and an unexpected intervention which sets the plot for the rest of the book careening into a number of individuals’ lives like a bee bee in a box car.

So, tell us, please: have you been pranked recently (after all, it is the Halloween season)? Did it have a short or long-term effect on you? And does it have a potential as the springboard — a spark — for a story? If the answer to any of those questions is a yes, please share if you wish, but hold close if you must.

29 thoughts on “In the Produce Aisle”