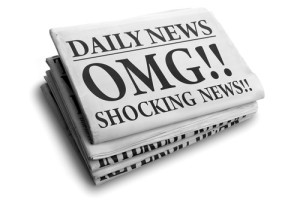 Jordan’s excellent post last week, about basing characters on friends or family, reminded me of another writer’s hack–ripping plots from newspaper headlines. The following headline inspired a subplot for one of my books:

According to the news story, a nurse in a plastic surgery office had murdered a patient during a plastic surgery procedure. And the motivation?  It turned out that the victim had “stolen” the nurse’s boyfriend 30 years earlier, when both women were in high school. So this murder 30 years later was the nurse’s way of getting some long-overdue payback.

Talk about revenge being a dish that’s best served cold!

That headline spawned an idea that stayed with me, and eventually emerged as a subplot in one of my mysteries. 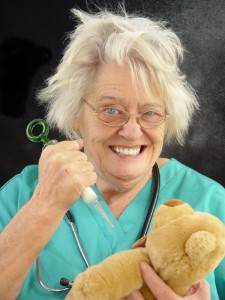 I was particularly struck by this particular news story, because it underscored how powerful the emotions of rage and jealousy can be. Who would have thought that a jilted girlfriend would actually murder the “other woman” who happened to turn up in her medical care, thirty years later? In addition to fueling a subplot for my story, the article also made me start reflecting on what was to become one of the themes in my books: jealousy and revenge.

What about you? Have you ever based a story on a real-life event, or something you read about in the news?

19 thoughts on “Ripping Stories from the Headlines”