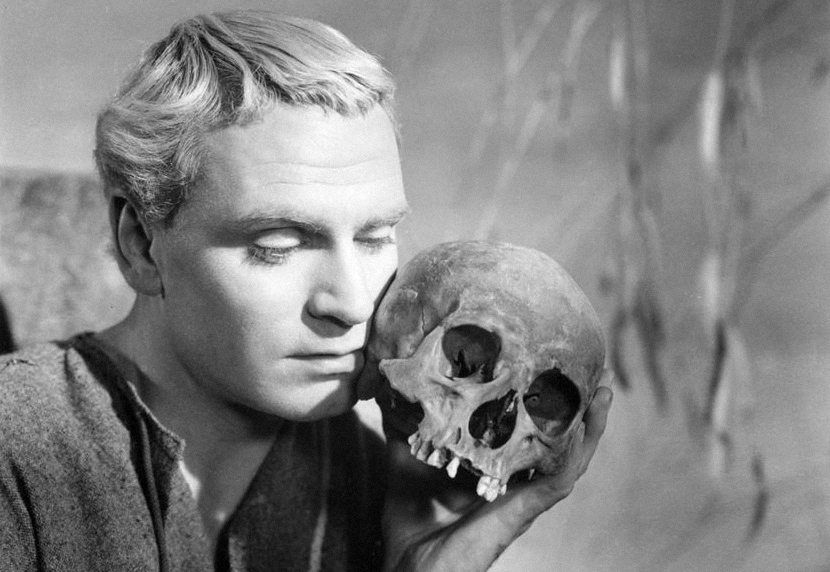 Many moons ago, when I was just starting out in this crime writing business, I wandered into a workshop at SleuthFest. That day, all I was looking for was a reason to not lurk alone in the lobby of the Deerfield Beach Hilton. Besides, I had two books under my belt that got some nice blurbs and some good reviews. So I thought that I had all the answers.

Man, was I wrong. And thank God I went into that workshop because it forever changed the way I wrote. 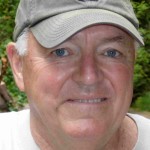 The workshop was conducted by Les Standiford and he was talking about creating memorable characters. Now, every writing conference has panels on this. Yada yada yada…don’t rely on stereotypes…blah blah blah…give them interesting backstories and dossiers…humanize your villain…make your hero fallible but likeable…same old same old.  And despite the fact Les Standiford had his own successful mystery series and was a celebrated fiction teacher, I didn’t think I was going to get anything new from his session. But then, as I sat in the back of room, half-dozing off the effects of last night’s cocktail party, Les said something that made the hairs on my neck stand up:

“Ask yourself one question of every character you create: What does he want?”

He had hit a nerve in my writer’s subconsciousness. Because although I had been writing about my cop hero Louis Kincaid for a while, I had never really thought hard about what Les was talking about. So as I sat there in that hot crowded room, I asked myself:

What did Louis want?

Well, he wanted to solve the case! He wanted to find the men in the small Mississippi town who, thirty years ago, had lynched a black man and left his bones in a shallow grave in a swamp.

Okay then, Louis was a rookie who really needed a job and wanted to impress his new boss, the sheriff.

Well, dammit, Louis felt compelled to find the identity of the lynching victim and bring him peace.

Okay, okay. Let me think hard about this. Wait…Louis is biracial. He was born in Mississippi but was fostered out to a white family in Michigan. He walks, uneasily, in two worlds. Could this be about him finding his “black” past, forgiving his mother for abandoning him and coming to terms with the white father who deserted him?

I think that what Louis wants is to find himself. Twelve books later, both he and I are still looking. But way back when, I thought I had all the answers. That day I walked into Les Standiford’s class, I didn’t even have the right questions.

What does your character want?

It sounds like an easy question. But if you’re doing this novel writing this right, the answer isn’t so easy. Kurt  Vonnegut famously said, “Every­one wants some­thing on every page, even if it’s only a glass of water.“  That is true even of minor characters, but when you’re talking about your lead role players, I think you have get to the very bottom of that water glass. 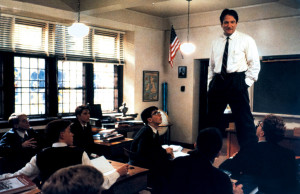 Are we talking about character motivation here? Well, yes, I suppose so. Les Standiford, Vonnegut and all great writers and teachers tells us we must plumb the depths of our character’s hearts and heads to find out what makes them tick. But it’s more than that. I think why Les’s question made an impact on me was because it forced me to come at the old question from a different angle. It’s sort of like when Robin William’s character John Keating in Dead Poets Society climbs atop his desk and tells his students, “I stand upon my desk to remind myself that we must constantly look at things in a different way.”

The first step of character development is figuring out what passions, fears, regrets, or desires consume your character. Then, all you have to do is show him interacting with his setting and other characters in a manner consistent with those possible “motives.”

What Les was asking us to do was to go beyond the surface, to dig deep and deeper to find out what was the one essential consuming need of each character. Think of character motivation as having levels. Yes, you can get published by going no deeper than defcon 1 or 2 in character development. But what happens if you push yourself to take just a couple more steps down into the darkness?

Speaking of going into creepy basements, let’s go to a simple example: Silence of the Lambs. If you’ve read Thomas Harris’s book, you know how effective the author was at descending into the lowest rungs of every character’s motivations. But even the movie did a pretty good job at this. Let’s dissect our heroine:

What does Clarise Starling want?

Level 2: She wants to prove she can hang with the big boys of the FBI. (basic thriller with feminist theme)

Level 3: She wants to escape her suffocating southern small-town roots and the FBI was a ticket out of hicksville. Remember how impressed one of the victim’s girlfriends was with Clarise’s job? (Basic thriller with feminist theme and rich backstory.)

Level 5: She wants to validate herself as being worthy of her father’s legacy because he was a cop killed in action. She gets approval by proxy via Crawford, who tells her at the end that her father would have been proud of her.  (Now this is getting interesting!)

Level 6: She wants to make the lambs stop screaming. Cool…But what does this mean psychologically? Clarise is haunted by a childhood memory of hearing lambs being slaughtered. I have always read this as her attempt to exorcise her demons of abandonment, her human need to deal with existential loneliness, her way of pushing back against the black void. “I thought if I could only save just one,” she tells Lector. She’s talking about saving Buffalo Bill’s victims, but isn’t she really talking about herself?

(While we are at it, has anyone else noticed how eerily similar Silence of the Lambs and Jodie Foster’s other movie Contact are in character themes? Both are smart, emotionally fragile women raised by fathers then orphaned, both manipulated by brilliant outcast men. And both women are staring into the vast blackness and hoping they are not alone.)

Let’s go to another example. What does Captain Ahab want in Moby-Dick?

Level 1: He wants to catch the whale that maimed him. (Simple story of revenge).

Level 2: He wants to prove to his crew and himself that even though he’s got one leg, he is still a man. (He even smuggles his own crew onboard just in case.)

Level 2: He wants to strike out against the pacificism of his Quaker religion. Not so simple theme that’s right here in this passage:

The White Whale swam before him as the monomaniac incarnation of all those malicious agencies which some deep men feel eating in them, till they are left living on with half a heart and half a lung. That intangible malignity which has been from the beginning; to whose dominion even the modern Christians ascribe one-half of the worlds; which the ancient Ophites of the east reverenced in their statue devil;—Ahab did not fall down and worship it like them; but deliriously transferring its idea to the abhorred white whale, he pitted himself, all mutilated, against it. All that most maddens and torments; all that stirs up the lees of things; all truth with malice in it; all that cracks the sinews and cakes the brain; all the subtle demonisms of life and thought; all evil, to crazy Ahab, were visibly personified, and made practically assailable in Moby Dick.

Level 3: He wants to vanquish evil, what he calls “the inscrutable thing.” And he’s not sure God is on his side or even exists. He’s like Hamlet, looking for some metaphysical truth in all the madness. And I am sure Peter Benchley had Ahab in mind when he created Quint the shark hunter in Jaws.  Both men are nuts but sort of magnificent. Which is why they had to die.

So here’s what I’d like to leave you with. The next time you think about your characters’s motivations, go deeper. Think hard and long, applying great gobs of elbow-grease of the mind. Don’t be content with staying on the top levels. Don’t skim the surfaces. 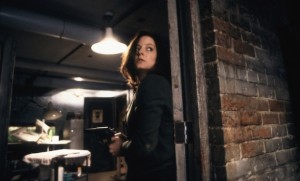 Don’t be afraid to descend to the very bottom rung and enter that dank dark basement of the human soul. That’s where you find the good stuff.

22 thoughts on “What does your character want?”