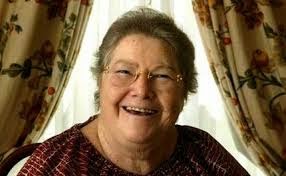 Last week’s death of Colleeen McCullough (bestselling Australian writer of The Thorn Birds amongst others) – was not only extremely sad but also, surprisingly, the catalyst for controversy over alleged gender bias in the literary world. It wasn’t her death per se that prompted this controversy, but rather the obituary written in one of Australia’s most prominent newspapers ‘The Australian‘.  How’s this for a first paragraph…

“COLLEEN McCullough, Australia’s best selling author, was a charmer. Plain of feature, and certainly overweight, she was, nevertheless, a woman of wit and warmth. In one interview, she said: “I’ve never been into clothes or figure and the interesting thing is I never had any trouble attracting men.”

The fact that a newspaper such as The Australian would even print such an obituary made many Australians (including myself) cringe at the specter of a female writer being judged, not by the quality of her work or her books sales, but by her appearance and her weight.

At least the publication of this obituary has generated some valuable debate over perceptions of women in creative and ‘entertainment’ spheres. The controversy that erupted has provoked some great mock obituaries as well. On Twitter there is even the hashtag #myozobituary (Take a look at some of these – I think the the author Neil Gaimon’s mock obituary is particular good).

Apart from the obvious idiocy The Australian’s obituary demonstrates, it nonetheless raise concerns about how gender factors into society’s assessment of writers – and I wonder how much we, as readers and writers still tend to make judgements based on ‘appearance’ as well as talent.

So TKZers have you ever encountered moments where your gender, appearance, weight or other physical factors were judged rather than your writing?

Do you think appearance matters in this very visible age of book marketing? Do you think it affects women and men differently?

If you write darker thrillers and mysteries have you considered using a pseudonym or initials so that your gender isn’t a factor in how a book is perceived?

And finally, if you feel brave, feel free to share what your mock ‘oz obituary’ would be…