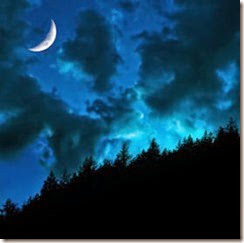 Below if the first 400 words of an anonymous submission from a follower here at The Kill Zone. My feedback is on the flip side, but please share your constructive criticism. Let’s discuss this submission.

Secrets of the Home Wood: The Escape
Why didn’t he just stay by the creek? It was quiet and peaceful there. The trees that hung their heads together over the creek, were enormous in girth and mossed with age. He used to like sitting with his back against a willow on the creekside, but lately that just led to staring through the swaying branches to the path on the other side of the creek. And then his thoughts would turn bitter as they circled for the hundredth time. How could they go back without me? Dang summer cold. He was better now. Maybe he could just go through and surprise them. Yeah, that would go over well.


Why didn’t he just stay by the creek? He had flung a stone into the creek and as he watched it ricochet off the rocks and sink beneath the water, he was reminded of the battle. He had looked forward to going back with his parents to help set up the King’s library and the school. He earned the right. Tugg told him he had become a warrior…well, a furless warrior were the exact words, but that didn’t change what he’d done. He felt different over there. He felt he could do things and be what he couldn’t at home. He had saved his friend Pugg’s life and then held his head while he died. He had fought in a battle to save a kingdom and on this side of the portal he had to go back to being ordinary Jon. A kid with responsibilities on the family farm and a best friend he could no longer share everything with. And now look where that had gotten him!


Marly stood with one hand on his arm and the other fisted on her hip. They each stood astride their bikes on the gravelled shoulder of the Concession Two road. Her green eyes sparked with hurt. A cool, late summer breeze trickled between the mature trees that lined the road and lifted the red curls on her forehead. Something boiled in his gut when her next words were borrowed straight from his mother. “Have you lost your marbles?”


Jonathon jerked his arm out of his best friend’s grasp.


“What’s it to you?” He said rudely. He regretted his unfair words immediately when her bow-shaped mouth dropped into an “O”. Too late to take it back. He rode it out. “Look. I’ve got to go. Gramp’s waiting for me.”


Before he could say something else he’d be sorry for, Jonathon leaped onto the seat of his bike and pedalled furiously away. He gave himself a mental boot. How could he talk to his best friend like that? What was the matter with him? He should turn right around and apologize. No. He couldn’t. If he did that, he might break down and tell her the secret. He had thought that coming to see her would distract him from the misery of his thoughts but he didn’t take into account how well she knew him. She knew something was up with him. Marly had been bugging him more and more lately saying he had changed in the last couple of months, was different, holding something back. He couldn’t go back to her just yet.  He’d call her later after he had gathered his thoughts as his Mom would say.


The thought of his mother made him pedal even faster. They were all supposed to go back together. How could they go back without him? She and Dad had been gone two weeks. The burn of resentment flicked around his heart, again. He was supposed to go, too, dang it. And to make it worse, he couldn’t even let off steam to Marly about it. “Let off steam.” Worst. Now he was channelling his grandfather.


Feedback:
The start of any story can be challenging for any author. We focus on the first 400 words in our TKZ review process, because industry professionals, who are inundated with countless submissions, can usually determine whether they will want to read more or reject the work that quickly.


In an excellent TKZ post, The Great Backstory Debate, by our own James Scott Bell, Jim talks about starting with a character in motion or a disturbance happening in the character’s world that jumpstarts the story at a key spot that should intrigue a reader. New writers may begin a story that way, but they often add back story dumps or too much introspection that “tells” the reader what is happening, to catch them up with events that have already happened. That’s what is taking place in this story.


The first two paragraphs are back story, until a voice calls out to Jon (a disturbance), saying, “Jon! What is the matter with you?” The author might have a better beginning at that point, but there is also “the secret” mentioned in the second to last paragraph. Depending on what the author has in mind, I could see Jon and Marly having a tense talk to lessen his internal monologue, where Jon is obviously holding back before he pedals away, with more of a hint as to the secret.

NO EXPLANATION OR BACKSTORY. The author should have patience to reveal whatever the secret is in due time. The main thing is to STICK WITH THE ACTION and get the reader caught up in the MYSTERY ELEMENTS of what Jon is keeping from Marly and why his family might have left him behind because of it.


DIALOGUE can lessen the introspection and minimize the author’s tendency to add what Jon knows from his past. Force Jon to stay in the moment with Marley and only allow the reader to glimpse his reticence to talk, so the reader might wonder why. Or have him wanting to race off to stop his family from leaving him behind, if that is part of the story. SHOW DON’T TELL what is truly happening and wait to reveal the mystery later.


ADVERBS –  During my edit process, I look for adverbs, generally words that end in LY. If a sentence is worded correctly, to convey the author’s intent, an adverb is redundant and unnecessary. Here’s an example from the submission: “What’s it to you?” He said rudely. He regretted his unfair words immediately… In this example, the word ‘rudely’ is redundant because the snappy remark from Jon is indeed rude, plus he regrets saying it immediately. Overuse of adverbs can be seen as weak writing in the eyes of industry professionals.

HOUSEKEEPING – There are typos in this short intro. I’ve highlighted the misspellings in yellow. My Word software caught the errors and underlined them in red. Authors should use the benefits of this type of software application. Submissions to industry professional should be error free. Don’t give them an easy reason to say no. I also wasn’t sure if the names TUGG and PUGG were the same character, yet with a misspelling. Reading the work aloud could help catch errors like this.


That’s my overview of the submission from this brave author. Please share your thoughts to help with ideas on how to improve this introduction.

2 thoughts on “First Page Critique: Where to Start the Story – Secrets of the Home Wood”