An info dump is when you drop a significant amount of information on the hapless reader. This can take various forms. As my editor’s recent comments indicate, even I am not immune to this fault. So what different formats might this problem take? Check these out:

You love your research, and you can’t help sharing it with readers. Here are two examples from my current WIP. The first paragraph is the original. The second one is the revised version.

“The company built houses and rented them to the miners and their families. Single men would have shared a place together, eight to twelve of them in one dwelling. The homes were shotgun style. You could see in through the front door straight back to the rear. Since the miners worked twelve hour shifts, they weren’t all home at the same time. The rent was taken out of their paychecks.”

“The company built houses and rented them to the miners and their families. Single men often shared a place together. Since they worked twelve hour shifts, they weren’t all home at the same time.” 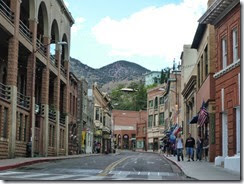 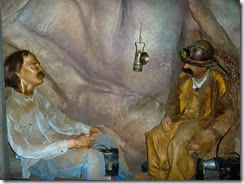 “The Colorado River Compact of 1922 divided the waters of the Colorado River between seven states and Mexico. Getting it to the farther regions of our state proved difficult. Thus was born the Central Arizona Project Canal, or CAP as we call it. This required pipelines and tunnels to move the water. That can be costly, which is why our cities obtain most of their water supply from underground aquifers. Groundwater is our cheapest and most available resource.”

“The Colorado River Compact of 1922 divided the resource between several states. The Central Arizona Project Canal, or CAP as we call it, uses pipelines to move the water to the far reaches of our state. That can be costly, which is why many of our cities obtain their water supply from underground aquifers. Groundwater is our cheapest and most available resource.” 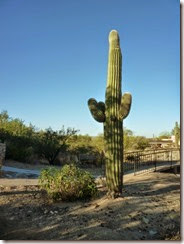 Any kind of list runs the risk of being tedious. Here’s a litany of symptoms you might get after being bitten by a rattlesnake:

“You’d have intense burning pain at the site followed by swelling, discoloration of the skin, and hemorrhage. Your blood pressure would drop, accompanied by an increased heart rate as well as nausea and vomiting.”

As this passage wasn’t necessary to my plot, I took it out. Be wary of any list that goes on too long. Here’s another example:

He counted on his fingers all the things he’d have to do: get a haircut, buy a new dress shirt, make a reservation, call for the limo and be sure to stop by a flower shop on the way to Angie’s house.

Do we really need to know all this, or could we say, He ran down his mental to-do list and glanced at his watch with a wince. Could he accomplish everything in one hour flat?

Here’s a snatch of conversation between my sleuth, Marla the hairdresser, and her husband, Detective Dalton Vail:

“I’m going to talk to our next-door neighbor, who happens to be the Homeowners’ Association president,” Dalton told her. “Wait here with Brianna. Since my daughter is a teenager, she won’t understand the argument you and I had yesterday with the guy.”

“Yes, isn’t it something how he made a racist remark?” Marla replied.

“I thought it was kind of Cherry, the association treasurer, to defend you.”

This dialogue could have come from Hanging by a Hair, my latest Bad Hair Day mystery. But why would I have Marla and Dalton talking about something they both already know? This is a fault of new writers who want to get information across. It’s not the way to go, folks. Show, don’t tell. In other words, show us the scene and let it unfold in front of us. Don’t have two characters hack it to death later when they both know what happened. Now if one of these participants were to tell a friend what went down, that would be acceptable. 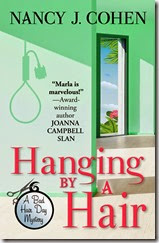 No doubt you’ve run across info dumps in your readings. Can you think of any examples or other forms this problem might take?