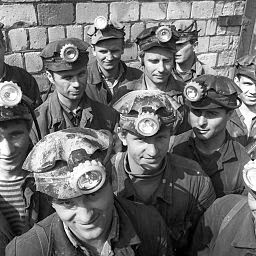 Wow, it’s already time to look back on this year’s NaNoWriMo frenzy. I finished my novel, which of course means it’s due for a heavy edit and re-writes. But the process worked its magic. Even though I had a rough outline, things happened in the story that were a complete surprise to me.  Good surprises. A couple of great ones.
Where did they come from, these wonderful ideas, these twists? From the basement, of course.
I believe in the writer’s subconscious mind. Stephen King calls it “The Boys in the Basement.” There they are, down below, unseen and unheard but hard at work.
You have to treat them with respect, and also find ways to encourage their creativity.
I’ve come up with a system that I tried out during NaNoWriMo. It was inspired by something my agent and teaching colleague, Donald Maass, did at the Story Masters conference this year. Before the students wrote anything, Don had them do some deep breathing and relaxation, wanting them just to be in the moment, feel what they felt, not force anything. Only after several minutes of this did he go into his famous prompts. Cool things started bubbling up.
Dorothea Brande, in Becoming a Writer, had a similar notion. For her it happened during sleep, and the first thing she would do upon waking is write, write, write without thinking, letting whatever was beneath the surface come to the top. That would be the material she’d work with.
Ray Bradbury did the same thing. He used to say he’d wake up and step on a land mine, words exploding, then he’d spend the rest of the day picking up the pieces–meaning, finding the story trying to get out.
That’s what NaNoWriMo feels like for most people. And even though I’d done my planning, I still wanted to take full advantage of the boys. So I started doing the following, and it saw me through the completion of my novel in a fresh and pleasing way.
1. Start with that breathing
I get comfortable, close my eyes, and breathe in and out, counting down from 20 to 0. I see the numbers as if on a lighted scoreboard. 20 – 19 – 18 and so on. If my thoughts start to wander to other things, I stop and start over from 20. The key is to get to 0  with a quiet mind
2. Keep your eyes closed and step into your story
Pretend you are magically able to walk into a movie screen and be in the movie of your novel. What do you see? What is your Lead character doing? Watch for awhile. Let the images happen without controlling them.
3. Take notes with pen and paper
For me, there’s something freer about using paper and pen to record what I’ve seen. Don’t write in complete sentences. Make a “mind map” of connections. Below are some notes I made on my WIP after doing this “movie in the mind” exercise. They won’t make any sense to you, and you can’t read my scrawl, but you’ll get the idea. 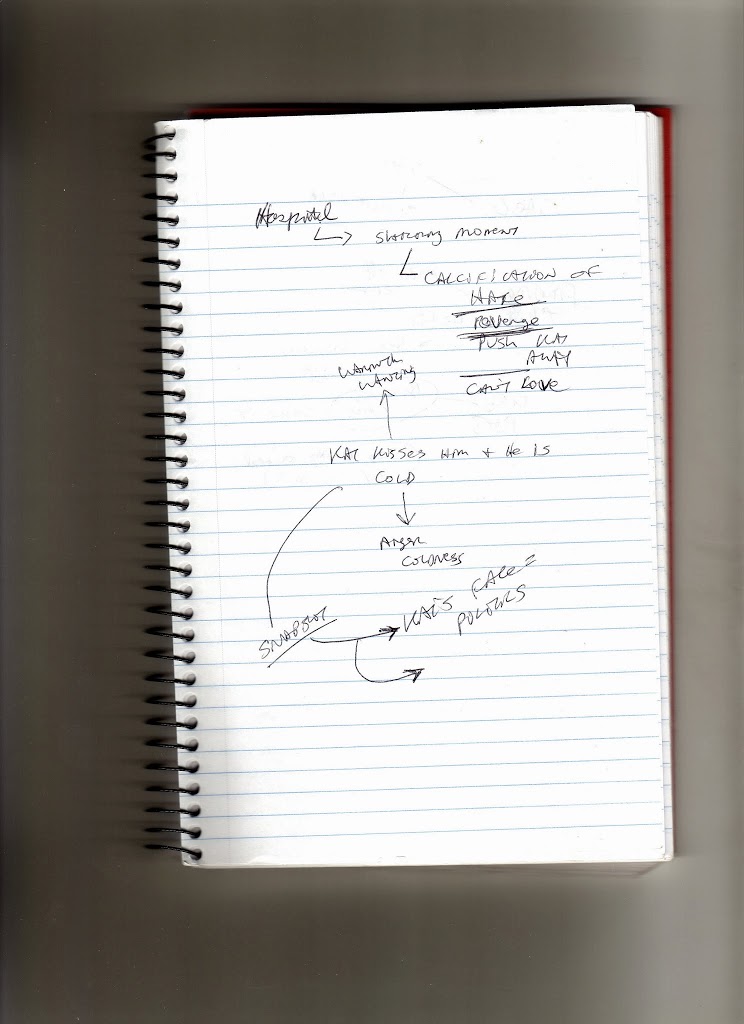 4. Think about the next scene you’re going to write
Now you can be a little more directed. What scene are you working on? I have a structure for scenes I call the “3 Os”–Objective, Obstacles, Outcome.
What is your POV character’s objective in the scene? If there isn’t one, you’re not ready to write. What obstacles will get in the way (conflict!)? What will be the outcome? (It should usually be a setback of some kind).
Then I like to use SUES: Something Unexpected in Every Scene. Let your boys send up some suggestions, write them down, even the strangest ones (these often turn out to be the best).
Do this until you get so excited about the scene you simply have to start writing.
5. Overtime
I want the boys working at night. So just before I nod off, I think about the story. I see the last scene I wrote. I ask, “What should happen next?”
In the morning, as fast as I can get to it, I jot some notes in my journal (this is an e-document I keep in Scrivener). I just write down what I’m thinking, maybe ask myself a question or two. Then I’m ready to dive in for the day.
And that’s my gamset system. So far not one of the boys has complained. I’m betting they never will.
Does this sound like something you want to try? Drive it around the block a few times. I think you’ll be pleased with the results. Just be sure to send down some donuts from time to time.