My friend Brad Parks has graciously agreed to stop by today to discuss a topic that has been kept quiet for too long, a topic we all acknowledge exists but don’t have the guts to address. Brad, however, has taken the brave step forward and is putting his reputation on the line to take on a subject many may consider taboo. Brad, take it away. 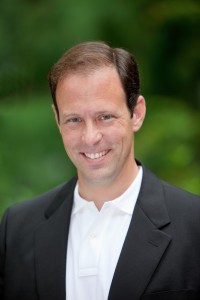 May mother wash my mouth out with soap, but I’d like to talk about the F-word. Or, at least, what some in the crime fiction community consider the F-word:
Funny.
This, believe it or not, is a (rare) serious missive from a guy who appeared on the cover of Crimespree dressed in a Tom-Wolfe-meets-pimp white suit. And the question I’d like everyone to ponder – and not in the grubbing-for-comments way that some guest bloggers do, but in a genuine I’m-really-curious-for-your-thoughts way – is this:
Is it a blessing to write funny mysteries or a curse?
In this space a few weeks back, P.J. Parrish had a post about how hard it is to write funny. My question is more: do you even want to?
I ask this because Boyd, my host today, and the other Kill Zone authors are, on average, much smarter than me and I know they’ll have interesting things to say; because I was just nominated for a Lefty Award, given at Left Coast Crime to “the best humorous mystery,” and therefore need to steal the your comments so I can sound clever on panels about this subject later this month; and because I have a new book to hawk (it’s titled THE GOOD COP and Booklist called it “a tautly written page-turner with charm and humor,” so please buy it or Michelle Gagnon will kick a puppy). 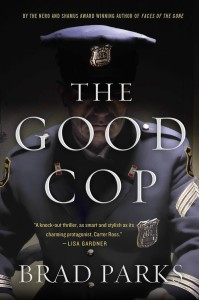 Anyhow, back on topic, I’m now on my fourth book, and I’ve learned that while some people really seem to enjoy a helping of humor in their mysteries, others think the phrase “funny mystery” is the world’s biggest paradox – on the order of “jumbo shrimp” or “compassionate conservative.”

It’s a curious thing, because in person – or even online – thriller writers tend to be a joyful, often hysterical lot. I often come home from a conference feeling all I’ve done is laugh. And yet while in most aspects of life, this kind of funny is good – human beings are wired to enjoy laughter, after all – the conventional wisdom in the publishing world says funny can taste a little strange when it’s served next to murder.
“Humor and suspense are contradictory emotions,” said one well-known book critic when I asked him the blessing-or-curse question. “If you’re feeling one, you’re not feeling the other.”
You’re not supposed to laugh at crime, the thinking goes. Violence and its impact on survivors, which is the substance of most mysteries, are not humorous subjects. When you look at the thrillers that fill the high reaches of the bestseller list, almost none – other than Janet Evanovich – are laughers.
What’s more, even writers who started off with humor in their work eventually ditch the yucks in favor of more somber stuff. Harlan Coben is a great example of this. His early Myron Bolitar books are often madcap romps. But he didn’t “make it” commercially until he started writing what are essentially humorless standalones. Even now, when he writes a Myron Bolitar, it’s mostly without the comedy that mark his earlier books.
So does that mean it’s bad to write funny? Some folks seem to think so. I actually got an e-mail from a friend saying she hoped I didn’t win the Lefty, because then no one would take me seriously.
(“No one takes me seriously anyway,” I wanted to say. Oh, and, incidentally, I also told her she was out of her flippin’ mind. When it comes to awards, I have tried both winning and not winning, and I have found the former to be infinitely more satisfying).
And yet, for all the critical disdain funny stuff sometimes gets, readers love it. So, up to this point, my own take on the blessing-or-curse question has been that conventional publishing wisdom has it wrong, that it grossly underestimates the intelligence of its readership. I get out quite a bit and the readers I’ve met are, on average, far smarter than the average bear. They are perfectly capable of switching between lighter and heavier moments in a book.
And so, perhaps as a result, my fourth book in the Carter Ross series has its serious stuff. It starts with the death of a police officer and deals with the issue of illegal gun trafficking. But it also has two elderly Jewish con artists, slinging Yiddish insults at Carter; an intern who is made to perform pregnancy tests on toilet water; and a student who is majoring in “death studies” and helps Carter break into the county morgue while drunk on absinthe.
It’s all in good fun, of course. And I’d like to think it doesn’t get in the way of the plot or the pacing.
But it is a mistake anyway? Discuss…

11 thoughts on “The Funny Thing About Thrillers”