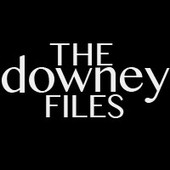 Recently, since NPR seems to be running an interminable series on African leaf cutter ants, I’ve devoted much of my commute to listening to podcasts instead. And thanks to a tip from a friend, I’ve become hooked on one that’s absolutely genius, and perfect for writers and/or fans of the craft (or anyone, really): The Downey Files. Created by the Chris Downey, former writer and producer for the TV shows The King of Queens and Leverage, the description says it all:

“Welcome to ‘The Downey Files,’ a brand new weekly podcast that explores the half baked pitches and movie ideas Chris has scribbled down on beer coasters and cocktails napkins through the years. Each week, Chris sits down with a new guest to hash out these ideas in full and, you guessed it, hilarity ensues.”

My favorite episode is “The Weekend,” where Downey and Kirk J. Rudell hash out the plot of a father/daughter heist film in just under an hour. And you know what? By the end, they‘ve pitched a movie that I’d pay $10 to go see. Listening to them spitball ideas back and forth, it struck me that as novelists, a format like this could prove invaluable. After all, virtually every television show has a room full of talented writers collaborating on each episode; even for films, frequently outside writers are brought in to “punch up” a script.

Yet we novelists sit there all by our lonesome, trying to muddle out plotlines without little or no outside assistance. How many times have I prowled back and forth between my office and the refrigerator, trying to figure out how to rescue “X” from peril in a wholly original way? I’m frequently downright desperate for a fresh pair of eyes, and there are only so many times you can hit up family and friends.

Imagine that the next time you’re hopelessly stuck on a plot point, you were suddenly given the opportunity to throw half a dozen people at the problem, with everyone brainstorming a solution together. I’m convinced that if there was a team available to push me through the inevitable ruts in the road, I could probably shave a month off the time it takes to write each novel. And with all that newfound spare time, perhaps I could help other writers surmount their blocks. And so on.

This might be a pipe dream-I’m just spitballing here myself, after all. But I think there’s something to this idea. Maybe we could form a “Writer’s Block Helpline,” or start a listserv. I’m open to any and all suggestions- and if you get a chance, check out the Downey podcasts. You won’t regret it.