Today TKZ is delighted to host Pulitzer Prize winning NY Times reporter and thriller author Matt Richtel. His post today ties in nicely with a discussion Clare began on Monday: read her post here if you missed it, and let’s continue the debate…

For sure blame the Internet.

It is responsible for a fascinating new trend among, in particular, mystery and thriller writers. We are writing more than ever. No longer just a book ever year. In the last year, it has become au courant for us to also publish short stories at least once a year, between book releases.

Lee Child, Lisa Gardner, Steve Berry, go down the list of the heavyweights. They’ve all getting into the short-story game, creating a thriller wellspring, or, if you prefer, a bloodbath. I enter the fray myself this month with “Floodgate,” a political thriller, my first short story.

But as with any good plot twist, there is well more here than meets the eye, a backstory, and some troubling questions, including, chiefly: is this a good idea? Or are we at risk of murdering something truly dear: our craft?

First, ladies and gentlemen of the jury, the facts:

It’s long been tradition for thriller writers to put out a book once a year to keep audiences attached to characters and authors and, bluntly, to their brands. This was not necessarily an easy schedule for writers, especially those who really invested in depth, but it was doable and simply understood as necessary.

I’ve had some big-name thriller-writer friends tell me that when they didn’t write a book one year – say, because of a divorce or contractual dispute – they’d see a material decline in their sales.

Then along came the Internet, with all its mixed blessings (see, duh: Amazon). More competition, less shelf space, less control for publishers on distribution (see: almost none). How did short stories become a response?

The publishers (and we writers, by extension), began to fear that we’d get lost in the white noise of competition. Make a reader wait a year for a new book? Heck, by then even loyal readers might’ve made for the nearest cat video. So part of this is an effort to keep our names in the LED lights.

There’s also a more direct marketing reason. The short stories are “e-pub,” electronic only. They are relatively cheap, 99 cents or so, so there’s little incentive for a reader not to at least give it a shot, particularly if written by a favorite author. At the back of the short story, there often is the first few chapters of the author’s next book, and a “click-to-buy” button.

If readers like the story, they pre-order the next book. Pre-orders are great because they build the so-called “first-week sales,” which, if those mount, can get the writer on the bestseller list. In short: the short story as loss leader.

Writers privately grumble: you mean I gotta write something else, for free, while I’m already on a breakneck cycle of write, edit, publicize, repeat? Oh, and did I mention blog, Facebook update, tweet, repeat?

How good can these stories be if we’re writing on a treadmill?

So it all sounds like marketing, and nothing more, right? Like: gag me with a spoon (and put police tape around my utensil-strangled body). Not so fast. There’s, potentially, a lot to like here.

First of all, short stories, when done well, can blow the mind. Swift movement, concision, detailed and fast character development, a flurry of clues. A short story can make every word count, the language itself pregnant with clues.

(One great short story making a lot of rounds is “Wool,” if you haven’t read it; I’m told it has been optioned by Ridley Scott). 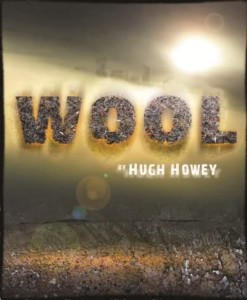 The medium also is a chance to introduce or try on a new character, not your usual protagonist. In the case of Floodgate, my latest, I’d long been aching to write about Zach Coles, a bitter, hostile out-of-work journalist who once punched an editor for misplacing an adjective; he’s tall and awkward, moving like a drunken Ostrich but fighting like a Ninja.

One friend with a string of bestsellers urged me to weave into Floodgate my regular protagonist, create a bridge, if you will, between short story and my other books. And creating, in turn, for my regular readers, a bit of an Easter Egg.

In the end, it was extra work I hadn’t contracted for. More bodies piling up. Another conspiracy I hadn’t expected to execute this year. An experience driven in the first instance by marketing, not the muse.

But she did take over, the muse, wrestling away what might’ve been a very cynical process.  I gave a damn (unlike Zach Coles, whose venom makes it very hard to save the world). No wonder. We, thriller writers, don’t kill because we have to. It’s because we need to.

Meantime, Harper Collins is doing its part, meeting me more than halfway, putting out some swanky videos, radio spots (Don Imus!) and banner ads they hope will make it viral (fat chance but not less-than-zero). So blame the Internet for mass murder. But hopefully we can rely on the muse to spare us and make the killings artful.

Matt Richtel is a Pulitzer Prize winning New York Times reporter and bestselling thriller writer. His latest, Floodgate, a political conspiracy that puts Watergate to shame, comes out this month. He can be reached at mattrichtel at gmail dot com.

10 thoughts on “What Killed the Thriller Writer: Your Attention Span”