By John Gilstrap
Fair warning: What follows might be categorized as shameless self-promotion.  I prefer to think of it as seeing pretty lights on the horizon.  Either way . . .


If 2012 lives up to its potential, it could be a terrific year for me, career-wise.  It’s the kind of potential that I hesitate to talk about for fear of jinxing things, but among my resolutions for this year is to be less locked-down about things in general.

Let’s start with book news.  Nathan’s Run, my first novel (released in 1996), is now available in all eBook formats, with a paper version to follow sometime in the future.  As an added bonus, the eBook contains a link to my original ending to the story, which should answer the single most-asked question about Nathan’s Run. 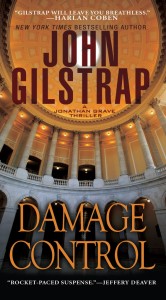 On the Jonathan Grave front, Kensington is yet again stepping up to give the series as big a push as the market can sustain.  Damage Control (June, 2012) is featured in a two-page spread for the catalog, and will be released in a premium mass market format–not quite trade paper, but taller than the standard MMPB, which, if nothing else, allows for a more readable font size.  This is what happens when a professional sales force truly gets 100 percent behind an author and his books.  I couldn’t ask for more. 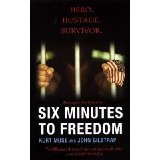 Hopefully, there’ll be movie news in 2012, as well.  New Year’s resolutions notwithstanding, I have to be a little circumspect here, but we seem to have taken a giant step closer to seeing a version of Six Minutes to Freedom on the big screen.  The rules of the movie game dictate that official announcements come not from me but from the producers.  Suffice to say that meetings are going very well, and that all the players seem to truly get the story.


Then there’s the television series I’m developing.  This, too, seems to have real legs with intense interest from all the right people.  We’ll actually be doing some shooting later in the month.  If it goes well, y’all will be among the first to hear.  If it doesn’t, well, I probably won’t say much because I think it’s a very good, very stealable idea.  (Is stealable a word?)


Finally, I would love to make this my first two-book year.  I’ve had an idea knocking around in my head for years, and if I don’t get it on paper, it’s going to make me crazy.  For that to happen, though, I need to write the next Grave book in six months instead of a year.  If all the other stuff comes to pass, this one might not be doable, but for now, in the first week of a brand new year, anything and everything is possible.


Here’s hoping that everyone’s dreams are realized in 2012!