But it’s all right now,
I learned my lesson well.
You see, you can’t please everyone,
so you
got to please yourself.
– “Garden Party” by Ricky Nelson
So, writer, do you write to please yourself? Do you write for “the market”? Or is it something in between?
I advocate that you know about the market, have a sense of what’s out there. This is, after all, a business. Publishers actually want to make money. Editors will talk about seeking fresh voices, but they also know they can be “too fresh” to sell to their pub boards.
But in the end, when you finally decide what story you’re going to devote a significant chunk of time to, you’ve got to please yourself.
This is the pattern I followed for Pay Me in Flesh. I came up with a concept I thought was great for the market, something that hadn’t been done before. Kensington took it on and I proceeded to write a book that pleased me—because that’s the only way you can write something ultimately refreshing to readers.
That’s my view, anyway.
Which brings me to Edna Ferber.
(What? How did he go from zombie legal thrillers to Edna Ferber? Watch!)
No one seems to read Edna Ferber much anymore. But in the early twentieth century there was scarcely a more famous, or more popular, American writer. From her first novel in 1911 to her last in 1958, she had one of great careers in American letters. Not just novels, but plays (co-writing, among others, Dinner at Eight and The Royal Family), short stories, memoirs and newspaper columns. 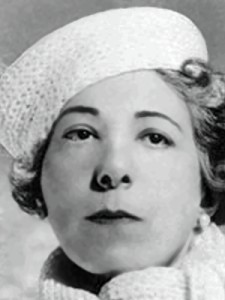 I didn’t know all this a year ago. All I knew about Miss Ferber was that she wrote the novel for a film I’ve never been able to get into, Giant (1956). I find the movie overlong and mostly tedious. I’ll watch some of it when it comes on TV for two reasons: a) to look at Elizabeth Taylor in her prime; and b) the final fight scene where an aging Bick Benedict (Rock Hudson) takes on a bigoted diner owner.
Anyway, one day last year I got a miserable head cold that had me whining around the house like a bored five-year-old. My wife finally told me to get out of her hair and into a sick bed. Too miserable to read, I turned on TCM to watch whatever was on.
It turned out to be a 1953 film called So Big,starring Jane Wyman and Sterling Hayden, both of whom I like. So I just started watching it and what do you know? I got caught up in the sheer storytelling. It’s about a Chicago girl who grows up wealthy, only to see father lose everything. She’s forced to take a teaching job in Dutch farm country well outside Chicago city limits.
It would seem like a recipe for a disappointing life. But Selina Peake is a woman of grit, with the ability to see beauty in the mundane. The practical Dutch don’t get her at all, until she catches the eye of the big farmer, Pervis DeJong. They marry and have a son, and the story covers about thirty years after that.
I enjoyed the heck out of it.
The film was based on Edna Ferber’s 1924 novel, which won the Pulitzer Prize. So I thought I should read some Ferber. I ordered a used copy of So Big and downloaded what’s free from Project Gutenberg.
So Big was just as enjoyable as a novel. There is also an interesting afterword in my edition, a bit about Miss Ferber’s life and craft. She started to get critical blowback the more popular she became. What a surprise. Some critics said she should have “written better” prose.
Edna Ferber’s response is the reason I wrote this post and titled it as I did:
“Those critics or well-wishers who think that I could have written better than I have are flattering me. Always I have written at the top of my bent at that particular time. It may be that this or that, written five years later or one year earlier, or under different circumstances, might have been the better for it. But one writes as the opportunity and the material and the inclination shape themselves. This is certain: I never have written a line except to please myself. I never have written with an eye to what is called the public or the market or the trend or the editor or the reviewer. Good or bad, popular or unpopular, lasting or ephemeral, the words I have put down on paper were the best words I could summon at the time to express the things I wanted more than anything else to say.”
So, writers, what do you think about that?

20 thoughts on “You’ve Got to Please Yourself”