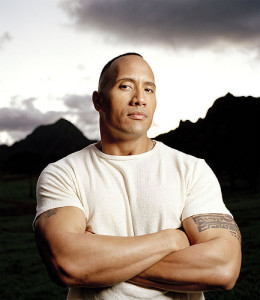 I like Dwayne “The Rock” Johnson.
We all know he made his name as a wrestler, then got screen time as the Scorpion King. Then he kicked it up a notch with The Rundown and Walking Tall.
But Johnson wanted to break out from just being the next action guy. He wanted to expand his range, into comedies. So he started working toward that end. Some folks were skeptical. But in an interview with People magazine just before Get Smart came out, Johnson said, ”I would rather fail being aggressive than being passive.”
I loved that quote. I put it on a card and displayed it in my office. Because at the time I was taking a big risk, too.
After over a decade in the fiction game I had a secure following in the Christian publishing arena. I could count on a solid number of readers every time out. I also liked the people and the companies I worked with.
That market, however, was trending toward a more “romance” feel, with a rather surprising uptick in books depicting Amish life. Now, in our chaotic times, I well understand the appeal of fiction that depicts steadier, simpler ways. I do not at all hold it against thee if thou likes Amish fiction.
But that’s not my particular crevice in the fiction world.
So I had to make a decision. Stay put and play it safe? Or try something new and unproven? Continue as I had where everyone knew me, or put oars into the waters of the vast ocean of mainstream publishing?
Which is when I read the Dwayne Johnson quote. And I thought, If I don’t try this now, I’ll look back and regret it. It could end up being a ten story dive into a glass of water, but Bugs Bunny did that, why can’t I?
The worst that could happen was that I would “fail aggressively.” There’s no shame in that. It’s what’s driven all the innovations and breakthroughs in history. Edison failed more than he succeeded, but would never have succeeded at all if he hadn’t been aggressive.
So I took the plunge and sold a zombie legal thriller which is, I would say, a bit outside the box of my previous engagements!
Am I glad? Oh yeah. I love Mallory Caine, Zombie-at-Law. And I’ve been getting some lovely email from my readers. If I may be allowed to share one comment in that regard: “If a great story is about someone we can care about who wants something we can identify with and faces odds that are relatable and believable, then it doesn’t matter what Mallory IS. What matters is what Mallory wants and why she wants it. And the best part is, she is sassy, smart and funny.”


When you get a comment like that, one that says you accomplished what you set out to do in a book you’ve poured your heart into, it makes the whole thing worth it.


Yes, there will be dissenters. We who write professionally know that well. But while there is no sure formula for success, there is one for failure: try to please everybody.
As writers we have to be willing to fail aggressively. If we don’t, if we play it too safe, if we spend too much time worrying about the market and how to chase it down, we will lose that chance to be what the world prizes most—an original.
Sure, use market sense, but put all that through the prism of your unique voice and vision and heart and desire. Then go for it. Don’t be afraid of failure. You may be on the pathway to a breakthrough.
Listen to The Rock.

22 thoughts on “Don’t Be Afraid to Fail Aggressively”