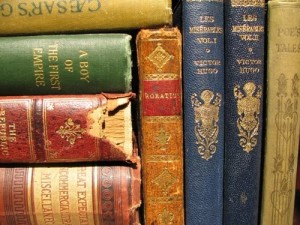 News that three major publishing houses, Simon & Schuster, Penguin group and Hachette) have combined forces to create a new online retail and ‘social’ website, Bookish.com, comes at an interesting time for the industry. Clearly publishers, worried about being marginalized in the ebook revolution are trying to gain some ground – but is a website like this really the answer?

Bookish is not up and running as yet but it is being touted as a place where readers can buy books and recommend them to others. Hmmm…so what’s new about that? There are already a myriad on online sources for purchasing physical books and ebooks as well as social networking and book related sites that enable people to make recommendations and connect with like minded readers…so what will make Bookish any different? Is a website like this really the answer to publishers’ woes? Until the website is up it is difficult to know how it will be different to what is currently available, or whether it will be able to draw in the audience the publishers are obviously eager to embrace.

In the publicity materials for the upcoming site a lot is being promised including ‘real time conversations around content’, but will these promises be enough? If there is a strong emphasis on recommendations (which is what the press release suggested) how will the site differ from something like

Goodreads.com? How will the publishers ensure editorial independence in the face of potentially negative reviews for their authors? (and there have been enough flame wars to know that there are sensitivities on all sides when it comes to online reviews and their authenticity/validity.) Bookish also hopes to become the destination for purchasing physical and digital books…but why will people go there rather than Amazon? Will the publishers try to undercut Amazon’s prices? How else will they convince people to buy from Bookish rather than other sites?

So what do you think? Will a website like Bookish really have any impact? More importantly, is it the kind of website publishers should be investing in?

Me, I suspect that publishers need to regain an upper hand here in terms of content and access. As a reader I am unlikely to bother going to Bookish unless there is a really compelling reason. For me that reason would be exclusive content I can’t get anywhere else (this could include author interviews, essays, short stories etc.) or that connects me with readers in a way other social networking sites cannot (if I could participate in a really cool book group session that combines video links with authors maybe). Until the website is launched it’s hard to know if all the hype surrounding it will live up to expectations, Unfortunately, I suspect Bookish won’t contain anything very novel or exciting and I doubt the Internet is hungry for yet another online bookseller.

– Posted using BlogPress from my iPad
0