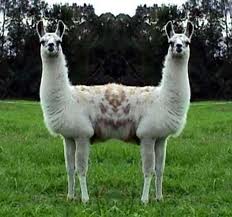 So I’m currently working on two writing projects at the same time. One of the novels I’m actually getting paid for, the other is a passion project that I started last year and have yet to finish. The goal is to complete both novels in the next six months.

These days, dueling manuscripts aren’t a rarity–in fact, most of the writers I know are doing the same, publishing multiple books a year just to stay afloat.

But a few weeks into this multitasking adventure, I can’t for the life of me figure out how they’re managing it. I feel like I’m trying to nudge two balls up a mountain simultaneously: I manage to move one a few feet, only to discover that the other has slipped down and I have to race back to it.

In the past I’ve worked on short stories while writing a novel, or tackled a screenplay while editing a book. But this is the first time I’ve confronted the challenge of working on two completely separate series simultaneously. Better yet, one is geared toward a Young Adult audience, and I’m still somewhat confused about what limitations that places on it (I don’t generally have much sex in my books, but my characters do tend to have filthy mouths. Is that okay? Do teens say “like” anymore? And what kind of music are the kids listening to these days anyway? You see the problem.)

My agent expressed concern when we first discussed the possibility of signing a new book contract. After all, we’d agreed that I would take my time with the passion project (which will henceforth be referred to as MOPWW, or “My Own Personal White Whale”), working on it without deadline pressure.
“So you’re sure you can write both in that timeframe?” she asked (sounding, in all honesty, a little dubious).
“Oh, absolutely,” I said with confidence. “In fact, I’ll probably have them both done early.”

While contract negotiations were finalized, I did my utmost to finish MOPWW. Unfortunately, I didn’t succeed, and suddenly the “i’s” were dotted and “t’s” were crossed and the September 1st deadline for the YA novel became a reality. I was forced to admit that I’d have to work on both books at the same time.

Initially, I didn’t think it would be a problem. I figured I’d spend mornings on one, and then alternate after lunch. Easy, right?

The problem is, I end up becoming so engaged with one project, it’s hard to switch gears. I find myself really wanting to forge ahead with MOPWW, to the complete neglect of the other manuscript (you know, the one I’m actually getting paid for). Just one more day, I figure. If I can write just a few more scenes, and get within striking distance of the ending, I can set it aside and work on the YA in earnest…

Next thing I know, another week has passed and I’ve primarily made progress on the whale.

Meanwhile, that deadline clock is ticking away in the background, dishes are piling up in the sink, laundry is overflowing the hamper, bills are sitting on my desk unopened (and oh, the mess on my desk–I’m sure it puts Clare’s to shame).
So how do people do it? And is anyone willing to take care of these dishes for me?