I’m excited to welcome my friend and fellow ITW thriller author Lisa Black back to TKZ today. Lisa is stopping by on her virtual book tour to share some thoughts with us as she promotes her newest novel, TRAIL OF BLOOD.

I am a certified latent print analyst and crime scene investigator for a local police department in Florida. Before that I worked at a coroner’s office in Cleveland Ohio. Moving to the police department—the front lines, as it were—has been quite an education, and this is what I’ve learned: people are strange.

A teenage burglar broke into a house and stole a TV—not a flat screen, an old-fashioned boxy thing—but since she didn’t have wheels, merely staggered up the sidewalk to get her booty home. There might be cities in the US where this would not look suspicious. Cape Coral is not one of them. 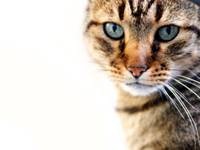 I was dragged out of bed one night to process a break-in at a local sports bar where the burglar had ignored the cash register to stand on the bar and try to take the flat-screen mounted high on the wall. They always expect those things to just pop off like a picture frame. Anyway, the officers had also found a still half-frozen filet of fish behind the building and wondered if perhaps the guy had decided to pick up something for dinner after striking out with the TV. I went out to photograph it but a local cat had already decided that this particular piece of evidence wasn’t relevant to our investigation. I called out in protest, and the look that cat gave me left me with nightmares. Apparently the only reason I’m still alive is because he didn’t feel like licking the blood off his fur. Again.

Everyone lies. And many times they’re not lying to fool the police; they don’t really care what the police think. They’re lying because they need to come up with a story for their spouse, their parents, their boss. We had a guy who reported a carjacking at gunpoint. He was stopped for a light at one of the busiest intersections in town when a man jumped in with a gun and demanded the car. Instead of running into the McDonald’s, the gas station, the grocery store or any one of the fifty other businesses in the area, he runs twenty blocks to the house he shared with his girlfriend to call the police. The car was quickly located about one block from the intersection, covered with mud and crashed into a fence. The story unraveled shortly from that point: he had decided to go four-wheeling in his girlfriend’s two-wheel-drive four-cylinder sports car and slid the fender into a wall. Need I go into outraged taxpayer mode to point out that the entire police force was out looking for an armed carjacker (a scary crime in this sleepy burg) just because this bonehead didn’t have the guts to ‘fess up to his chick?

We had two 11-year-old girls call the police to say they had seen two men in a van (they’re always driving a van) kidnap their neighbor and classmate from her driveway. Police respond, alert goes out. The girl eventually arrives home…she and her family had been enjoying dinner at Applebees. At the same time we were dealing with a situation in which a mother had shot and killed her young son and then herself, and resources were diverted for two little girls’ flight of fantasy. I hope they were grounded for life.

We had to assist another town’s department by taking a look at the former home of a particular family. The house was still vacant and I accompanied a detective. Apparently there had been a cockroach problem. ‘Problem’ is putting it mildly. ‘Infestation’ would be putting it mildly. They were all dead (otherwise you wouldn’t have gotten me in the place) because someone had laid an inch of boric acid throughout and over every single surface in the place, so every room was this sea of white powder flecked with dead bugs. It looked like an indoor snowstorm of vanilla bean ice cream. If I tried to describe that in a novel, reviewers would say I was trying too hard for the gross-out factor. 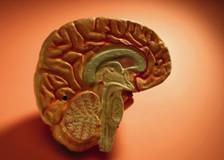 Speaking of gross, once I found a brain in the back seat. The victim had been shot, the body snatchers collected the body, a Cleveland fingerprint analyst was processing the car and all of a sudden he says, “Hey, do you want this brain?” Excuse me, brain? Apparently the gunshot had cleaved off the top of this guy’s head and it landed in the back seat. It sounds really gory but actually it wasn’t. It just sat there looking all pink and convoluted and really quite neat.

I swear I am not making it up!

Have you ever put something outrageous in your book that actually happened, only to have readers think it was hysterical/offensive/ridiculous and completely invented?

Lisa Black spent the five happiest years of her life in a morgue, working as a forensic scientist in the trace evidence lab until her husband dragged her to southwest Florida. Now she toils as a certified latent print analyst and CSI at the local police department by day and writes forensic suspense by night. Her fifth book, TRAIL OF BLOOD, involves the real-life Torso Killer, who terrorized Cleveland during the dark days of the Great Depression. For more information visit her website: www.lisa-black.com.

6 thoughts on “You can’t make this stuff up”