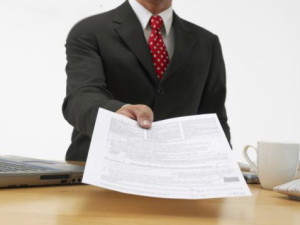 1. Before you approach an agent, make sure your concept is killer. That means a) not shopworn (“We’ve seen this before”); or b) not so far off the map that anyone with a profit motive will run screaming from the room. It has to be fresh but not too weird. The characters have to jump off the page. There has to be enough at stake. Your opening pages have too move. Easy, right? Of course not, because if it was your Aunt Sally would be writing New York Times bestsellers. But here’s where you have to dig in if you want to interest an agent.

2. You are better off having no agent than having a bad agent. Anyone can print up business cards and call themselves “agent.” But what do they know about the business? Find out. A reputable agent should have a website with a list of their clients. Start there. What’s their background in the publishing biz? How long have they been agenting? There are some “watchdog” sites that issue warnings about certain names, so use your old pal Google.

3. You need to be businesslike about the relationship. Don’t jump at the first bite. Talk to the agent by phone. Ask some questions, see how you click personally. Be objective about this. From the agent’s side it’s business; it should be from your side, too.

4. You are probably unrealistic about what an agent can do for you. Having an agent doesn’t guarantee a contract. And just because an agent doesn’t get you a sale doesn’t mean he or she is the problem. It might be your writing, or your timing. A good agent will suggest ways to overcome market weaknesses, but ultimately you have to take charge of improving as a writer. And you’d better do it, because there are a bunch of other writers out there who are.

6. But agents aren’t mind readers, either. If you have a question or issue, contact them. Don’t let your frustrations build to the point where it affects your writing.

7. Agents are human beings. “Thank You” notes (real ones, made out of paper, sent with a stamp) do mean something. So do Starbucks cards and chocolate.

8. Agent Rachelle Gardner has a great post with her take on some “bad advice” she’s read regarding agents. Read it.

9. Read blogs by agents, but don’t let the plethora of information freak you out. Ultimately the most important thing is your writing, the thing you have most control over. Keep coming up with ideas and keep growing as a writer.

10. Fred Allen, the famous radio comedian, once said, “You can take all the sincerity in Hollywood and put it into a gnat’s navel, and still have room for two caraway seeds and an agent’s heart.” I get to tell that joke because I’m a former lawyer and had to put up with lawyer jokes all the time. But now the truth. The overwhelming majority of agents I’ve met at conferences love books and authors and want the best for both. So approach agents professionally. They want to like you. Show them what you’ve got. Don’t be dull and don’t be desperate. It’s a tough business out there right now and it’s not just writers feeling it, it’s agents, too. Everybody in this profession has to keep slugging.