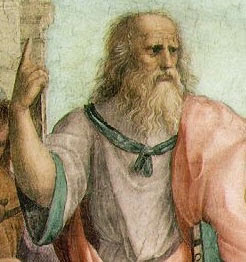 By Kathryn Lilley
Last weekend I heard a great program on This American Life called “The Book That Changed Your Life.”

It reminded me of a recent discovery I made: I learned that a book I gave to a friend 30 years ago had actually changed his life.

Thirty years ago, I was 23 and newly graduated from Columbia Journalism School. He was 22, and a charming slacker. We dated just long enough for me to conclude that he had a serious pot habit (I was naive about drugs 30 years ago, and slow to catch on).
As our relationship hit the rocks, I gave him a copy of a book I was reading at the time, The Republic. I marked up passages that I thought applied to him. I don’t recall which ones they were–probably the sections that described Plato’s concept of a well-ordered society. I’m sure it was a bit of a reproachful gift, a pseudo-intellectual parting shot.

Recently I received a long, thoughtful email from my former friend. It was a thank you note. He said The Republic had had a huge impact on his life; he credited it with helping him give up drugs and recalibrate his approach to life. He’s now a successful businessman.

It’s hard to believe that one book was responsible for all that, but I was glad to hear his story.

I can’t think of any books that changed my life in such a profound way (I do recall faking a southern accent for an entire year after reading Gone With the Wind, and another year of nightmares after reading When Worlds Collide, but those don’t count).

How about you. Have any books changed your life?

9 thoughts on “A book that changed your life”