No really, you shouldn’t have. I mean, sure, it is our…

What do you mean, you forgot? Yes, it was just a year ago today that I wrote the inaugural post for The Kill Zone. And to celebrate a year of rants, raves, and other miscellany, my fellow bloggers and I decided to do what we do best- make stuff up. Below is a series of questions. One of the answers to each question is an outright, baldfaced lie. Your job is to guess who’s fibbing.

For each correct guess, your name will be entered in a drawing for signed editions of each of our latest releases (including my coffee table book on macrame. It’s not just about macrame, it’s MADE of macrame. Patent pending).

Because after all, what anniversary would be complete without fabulous gifts?

Note: despite the outrageous nature of some of these responses, there is only one liar per question. Hard to believe, but true. The winner will be announced in my post next Thursday.

So good luck, and thanks for making this an amazing year!

1. What’s the most “outrageous truth” about yourself, one few people would ever guess? 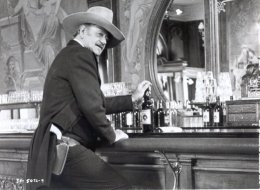 Kathryn: I once hid in the bushes outside Ted Kennedy’s home, spying on him for a Boston TV station.

Clare: I was runner up in the 1989 “Miss Melbourne” beauty pageant.

James: I’m a descendant of the Duke of Wellington

Michelle: I was a featured guest on the Maury Pauvich show.


2. What’s the strangest interaction you’ve ever had with a fan or reader?

James: A man approached me at a conference and said God told him I was chosen to write his story. I told him I didn’t get the memo.

Clare: During an radio interview for Consequences of Sin, the host claimed he had predicted 9/11.

John Gilstrap: After giving 20 minutes of advice to a young writer at a signing, he walked away saying, “Huh. Well, I don’t read shit like you write.”

John Ramsey Miller: In 1997 I had a stalker who followed me on a book tour to 5 cities out of 11. She changed her appearance each time and asked me to sign a book to whatever name she was disguised as.

Kathryn: During a radio interview for DYING TO BE THIN, one caller claimed there is a conspiracy to keep America fat. I said thank goodness for that, otherwise I’d have to blame my sweet tooth.


3. What’s the craziest/most dangerous thing you’ve ever done in the name of research?


John Gilstrap: I intentionally leaned against a prison fence and walked around the perimeter to see how long it would take for a guard to respond.

John Ramsey Miller: In the mid to late eighties I set up a formal portrait studio at a series of KKK rallies across the south and at the Annual Celebration of the Founding of the Ku Klux Klan in Pulaski Tennessee. 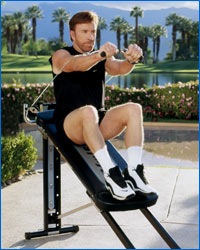 Kathryn: I logged onto wild and wooly web sites that gave my computer a nasty virus.

Michelle: I volunteered to be tased to see what it felt like.

James: I asked Chuck Norris to show me his Total Gym workout

Clare: I navigated piranha infested waters in a dugout canoe.

4. What’s the worst line you’ve ever read in a review or rejection of your work?

John Gilstrap: An agent offered to represent NATHAN’S RUN if I would change the protagonist from a 12-year-old boy to a divorced woman.

James: Dear Mr. Bell: Enclosed are two rejection letters; one for this book, and one for your next book.

Clare: “It’s painful to read more than one or two pages at a time.”

I have to say, I was impressed with my fellow bloggers’ ability to lie with aplomb. Since I could only choose one lie per question, I was forced to omit some real humdingers. Next week I’ll include outtakes/elaborations in the post.

On a side note, Clare just officially became a US citizen (and that’s the truth). Welcome and congratulations!