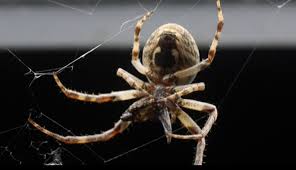 It is almost Halloween. The Just Born Candy Company (the fine folks who bring us Marshmellow Peeps!) have Ghost, Tombstone, and Pumpkin Peeps (as well as some pricey limited edition flavors) out right now. They don’t have Spider Peeps. I consider that to be a good thing, for the reason set forth below.

Long time TKZ visitors will recall that I have blogged on the topic of fear and what scares you and me. Given that we are approaching Halloween, I thought that we might visit it once again, giving our more recent visitors a chance to weigh in as well. Fear is a great inspiration for writing. Take what you fear most and write about it, spinning the topic out to its worst case scenario. I have three major fears: 1) spiders, 2) spiders, and 3) spiders. I apparently have some notoriety in this regard as, when one does a image google of me, a couple of pictures of spiders appear within the montage of America’s Most Wanted posters. How nice. I also don’t care much for heights or closed-in places. Put me in a spider-filled coffin suspended fifty feet in the air and you might as well kill me. In fact, if I’m ever in that position, please do. I spray the interior and exterior of my house twice a year with an insecticide called Suspend (and a tip of the fedora to Carl Causey, husband of author Toni McGee Causey, for that suggestion!) but, as this article in the Friday morning news demonstrates, the spiders in my house and their homeslices have merely withdrawn and are regrouping on a bridge in Columbus, five to ten thousand strong, planning a flank attack even as I type. I’m waiting for you, demon spawns, with a sprayer full of Suspend and cleated boots and a twelve-gauge shotgun. I don’t care what the guy in the video in the article says, about how interesting they are, or how their fangs aren’t sharp enough to pierce the skin of a human being. Is he nucking futs? He’s gonna let one of those things get close enough to you to determine whether or not its fangs will break your skin? Not me.

There was a time during the past year when I was driving over that bridge twice a night, every night. No more. The current occupants are probably busily weaving the largest web you’ve ever seen, even as they chitter, “{{{wherrrzzz Joezzzz?}}},” ready to drop it on me as I drive by. It won’t happen. Obviously, I won’t be traversing that route until the temperature is somewhere south of zero and they are all curled up in a glare of ice. And those folks who are walking on the bridge to get a peek at what five thousand spiders — at least — look like? Unbelievable!

So what scares the living daylights out of you? Have you written about the topic of your (ir)rational fear? Do you plan to?