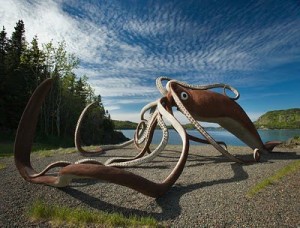 It’s a miracle this blog post got written at all – I have had a ‘twin-ful’ four days of raging flu in the house (just after my husband issued those fateful words “It’s been such a good winter, the boys have hardly been sick at all – I think we dodged the bullet this time…”) that, in the interests of sanity (and because I may be slightly hallucinatory after getting very little sleep for the last three nights), I offer up a very short blog post on a topic dear to my heart – writing techniques that drive me crazy.
In Australia there used to be a show that had a segment “what cheeses me off” and I was reminded of that when reading a book (which shall remain unnamed) which fell into what I consider one of the most “cheeses-me’ off sins of all – the “if only she had turned back, she would have seen…” sin. Yes, the, let’s totally get out of POV and warn the reader of some ominous event that the character (whose POV is firmly established) could never know or realize.
Now, I’m as guilty as the next writer of including ‘ominous’ descriptions – my own personal failing appears to the weather (which is always indicative of something ill, according to my husband) but I always strive to keep within the POV and voice of the book. To step outside this, I think, is a sign of flabby writing. The ‘If only she/ he/I had known’ technique drives me nuts. In first person POV it is an obvious no-no (how could I know, what I don’t know?) but even with second or third person POV it’s a technique that irritates me. Just think how much tension is lost when you reach a crucial suspenseful moment only to read “if only she had turned round she would have seen the giant squid poised to attack….”
As I hear the dulcet tones of my little ones calling for ‘nurse mummy’, I open the floor to all of you to vent – what is the writing ‘technique’ that most cheeses you off in mysteries and thrillers??

For any novel I think voice is important but when dealing with a first person narration it’s critical – as far as I’m concerned a reader has to fall in love, has to inhabit the ‘body and soul’ of the narrator, right from the first page or (I fear) the novel is doomed to fail.

Why did I chose the first person POV for this book? Well, almost all YA novels adopt this perspective and I think wisely so. The journey normally taken in a YA novel is, after all, a journey of self discovery, one we want the reader to identify with as closely as possible . However, once I adopted the first person it was much harder than I had anticipated to get the voice just right. I’ve had a ‘challenging’ few weeks…and the process I went through to try and establish the ‘voice’ of my protagonist Maggie Quinn was far from perfect, but here’s what I did…

So how do you approach the issue of voice? How do you know when you ‘have it’ or you don’t? What challenges do you see for someone attempting a first person POV – any advice on the do’s and don’ts? I’m already realizing it’s limitations but believe it or not, I think I’m starting to finally enjoy it…until next week when I reread chapter one and decide Maggie’s voice (and my writing) sucks once more. 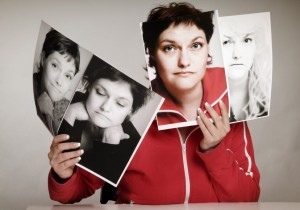 By Kathryn Lilley
God, how I hate having to deal with point of view. Whenever I’m writing, POV feels like a technical constraint that limits expression. It forces me to make choices, to rein myself in and be disciplined. I really hate that.
And yet it’s critical that you set up POV correctly for your story. When you lose control of POV, you lose control of your story. And that’s when you lose your reader. (For an earlier discussion about POV, see our February Sunday writing blog.)
At one of my writing groups this week, we spent some time debating how to handle point of view in one of our member’s stories.

This particular story jumped in and out of the point of view of two characters within the confines of a two-person scene. On first reading, nothing seemed really wrong with the scene; I had to reread it several times to figure out why it lacked suspense and kept the reader at a distance. I finally decided that the real problem with the scene was its POV. In other words, there was way too much head-jumping going on.

So here’s a general guideline to help you avoid a POV trap:

Use only one POV per chapter or section (Sections separated by asterisks or a space).

The story we were reading in group had a POV that shifted between paragraphs (aka omniscient POV). That constant shifting created a confusing overall effect. I think it may be possible to present POV this way, but it probably takes an extremely skilled writer to pull it off. So why even play with POV fire?

Omniscient
The omniscient POV lets the writer enter each character’s head during a scene, and even lets the narrator provide direct observations. The story in my writing group is an example of a story that used an omniscient POV. It suffered from the same fate that omniscient POV stories usually do–the reader failed to engage with the characters or the story. Suspense was nonexistent.
Now that I’ve dissed the omniscient POV, however, I will admit that I’m considering using an omniscient narrative opening for my WIP thriller. In this case, the omniscient POV will function as a garnish, like the paprika sprinkled on top of the baked chicken to draw in the eye and make the dish look tasty.
First Person
Favorite of detective novel series (to the point of being cliche), the first person POV has decided pluses and minuses. It’s a very intimate POV (you know everything going on in the character’s head), but you can only know and see what that character learns and sees throughout the entire story.
It’s tempting to use first-person POV, but trust it from a writer of first-person POV mysteries, it’s incredibly awkward to try write your character into every single scene.
It’s also awkward to make sure that your character doesn’t “know” anything in the story that he or she hasn’t seen, read, or been told.
Limited Third Person
Similar to the first person POV, only it uses he/she instead of “I”. My sense is that this POV is getting less popular, but it may just be me.
Multiple Third Person
Lets the writer switch from character to character. This is probably the best choice for most thrillers. This POV lets you roam free on the range with the buffalo.
Mixed
This is a mixture of first person with multiple points of view. For example, some thrillers use a first-person POV for the bad guy while everyone else is presented in third person. This approach can help build suspense.
Second
This POV is so rare I forgot about it until Joe Moore reminded me about it in the comments just now, so I’m adding it back in. Second person POV is where the writer talks directly to the reader. No wonder it’s an unusual POV–I find it completely annoying.
To wit:
You’re walking along and then you realize someone is following you. You spin around and then…Blam-o!
Bleah.
So I’m wondering how you make your POV choices for your novels, and are there any POVs that you love? Loathe?