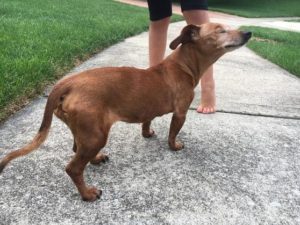 If you are looking for ideas for your story or your novel, or characters to populate them, you need to join Nextdoor. Nextdoor is an online social network (isn’t everything, in some way?) which is organized around neighborhoods which are close to you. You just go to nextdoor.com, sign up, and you find yourself with access to all sorts of things, such as reports of suspicious activity, questions about what is permitted locally (and what isn’t), recommendations for everything from home power washing specialists and auto mechanics to tree trimmers and appliance repairmen, and lost and found (I’ll talk a little more about that last one in a minute). Once you’re a member of Nextdoor you get emails when someone posts about a topic such as an injured deer in their yard or a street closure, and you can answer back or post on a topic thread. You can also just read the threads that are posted, watching the occasional disagreement get contentious and then settle down a bit. It’s a bit like Facebook (Nextdoor’s less civil cousin) with its “like” button, except that Nextdoor has a “thank” button instead and for the most part forbids political discussions. After a bit of reading, you can dope out the personalities of your neighbors, whether close by or several streets away, and quickly determine what gets whose undies in a bunch fairly quickly. It is entertaining at the least and occasionally functions as a real-time and constantly evolving cozy mystery setting or, yes, a domestic thriller.  You really should check out the page for your area if you haven’t already.

About that lost and found topic that I mentioned earlier…folks in my area use that primarily for locating or reuniting lost dogs or cats who slip the tether and make a jailbreak for what they consider to be the greener pastures of next door or the next street. Such happened in my own immediate neighborhood last week. My backdoor neighbors have two small children and a dachshund. The dog, named Heika, is blind, but gets around quite well, doing that happy, bouncy doidy-doidy-doidy walking rhythm that dachshunds do. Heika occasionally wanders over to my back door, having learned that the sucker who lives there is always ready with a dog treat. The family’s grandmother is often there watching the two children, who are as polite and well-behaved as any two kids I’ve encountered recently, and I occasionally sit and watch them interact, wondering how the grandmother somehow manages to keep them all corralled.

So. Last Thursday night I was at a local coffeehouse waiting for my AA meeting to start and happened to see that I had gotten a Nextdoor email with the heading “Found weiner type dog.” I opened it and found a photo of Heika doing a Nextdoor star turn courtesy of my next door neighbor, who had found her wandering on our street. Heika had done a Papillon from her loving family one street over in the mistaken belief that the world beyond her marked territory was as nice and friendly as the world within. Dachshunds are the second cousins to beagles but they share that “clever but not smart” inclination to wander that gets them in trouble. I got on the phone, contacted my next door neighbor, contacted Heika’s mommy, and doggy and family were reunited within three minutes of Heika’s photo being posted. My meeting started and all was well with the world, or at least a little corner of it. The ability to do that justifies Nextdoor’s existence all by itself, to my mind.

Do yourself a favor and check Nextdoor out. Even if you don’t contribute you can get a really good idea of what your community is like, not to mention populating your works of fiction with myriad characters or a reasonable facsimile thereof. Maybe you’re already familiar with it. If so, do you have a story to share?