Today’s post is brought to you by Self-Publishing Attack! Nine out of 10 doctors who self-publish recommend it to their patients who self-publish.
***
Over the past year I’ve heard from a number of writing friends, all of whom have been traditionally published. They are facing some harsh realities, like being dropped by their publisher. Or being unable to land another contract because their sales record follows them around like a bad smell. They are good, solid writers who made it into the Forbidden City. But the gendarmes have tossed them outside the gates without so much as a fare-thee-well. 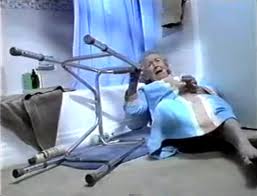 These writers tremble now in the dark forest, wondering about the band of scofflaws who are self-publishing. It’s not something they thought they’d ever want to (or have to) do.

They always thought they’d have that comfortable room in the City, and maybe even get a place at the A List banquet table if things broke right.