There are many familiar adages that refer to the need to be careful and diligent in our work.

“The race is not always to the swift.” – from Aesop’s Fable, The Hare and the Tortoise

“There are no shortcuts to any place worth going.” – Beverly Sills

Here’s one you may not have heard of:

I encountered this saying a couple of years ago, and it captured my imagination. So much so that it’s written at the top of the whiteboard that sits on my desk so I see it every day as I’m working.

Festina lente is a Latin phrase that literally means “make haste slowly.” It’s an oxymoron, a contradiction in terms, that refers to the proper balance of speed and diligence in one’s chosen field. Too fast and you risk delivering a sloppy product. Too slow and you miss opportunity. Finding the right pace is the key to success.

The phrase has been used throughout history. One notable proponent was the Roman Emperor Augustus who used it to caution his military commanders against making rash decisions. The emperor apparently felt so strongly about it that he had coins minted with images that referred to the saying.

Writers will be interested in the Renaissance printer Aldus Manutius who adopted the phrase Festina lente and its symbol of a dolphin wrapped around an anchor for his publishing business. Interestingly, the dolphin / anchor symbol is currently used by Doubleday Books.

Manutius was a highly successful businessman who made significant contributions to the fields of printing and publishing. In addition to inventing the italic typeface, he produced the first small, portable books that scholars regard as the prototype of modern paperbacks.

So how does Festina lente apply to authors today?

Self-publishing has made it easy to publish without a quality gatekeeper, so the opportunity is there to rush an unpolished manuscript into production. On the other hand, it’s possible to overanalyze every word and phrase in an endless cycle of revision and never publish anything at all.

Each author has his or her own methodology from concept to production. Some are awesomely speedy in their work. Others (me, for example) are on the lente side of the equation. But in any case, we each build the finished product to our own specifications and on our own timeline.

So TKZers, how do you thread the needle between too fast and too slow? Do you have a word count quota to keep your pace up? What quality controls do you employ? How do you know when you’ve cleared the last hurdle and are ready to release the book into the wild? 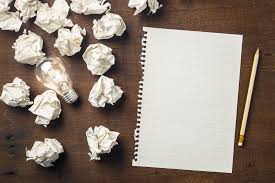 “Slowly make haste, and without losing courage;
Twenty times redo your work;
Polish and re-polish endlessly,
And sometimes add, but often take away.”

Mr. Tyme is dead, and strange, coded messages have been left in the chapel prayer box on the campus of Bellevue University. When Kathryn and Cece attempt to decipher the codes, they begin to suspect foul play. But things get dicey when a couple of misguided young girls get wind of the investigation and decide to find the killer on their own. It’s bedlam in Bellevue!