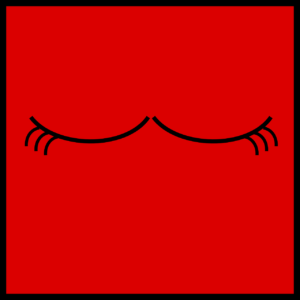 I’ve written before about the pulp writer W. T. Ballard. He was a friend of my parents, and I only wish I’d been aware enough to arrange a sit-down with him to talk writing. Alas, he died in 1980 while I was still trying to become the next Brando.

Fortunately, there’s an entertaining interview with Ballard from 1976 which fills that gap.

Also fortunately, when I started my writing journey, I was able to get some guidance from his sister-in-law, Sue Dwiggins Worsely, who was in the movie biz. She gave me a lot of encouragement, and also a box of Ballard’s paperback originals. Included in the box was a collection of his Bill Lennox stories, which were immensely popular in Black Mask, the legendary pulp magazine. The intro has a short reminiscence Ballard wrote about his pulp days.

One incident he recounted was the first time he met Erle Stanley Gardner. Gardner, of course, was the creator of Perry Mason, and one of the most prolific pulpsters of all time. In part that’s because he dictated his books into an old-fashioned Dictaphone and had a team of secretaries to do the transcribing. Gardner invited Ballard to come to his apartment in Hollywood and they’d go out to dinner. 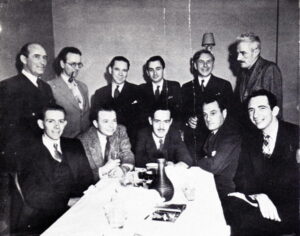 When Ballard got there, one of the secretaries greeted him at the door and asked him to have a seat, telling him that Mr. Gardner still had two chapters to finish.

“I began to burn,” Ballard wrote. “He had made the six o’clock date, I had rushed to be there on time, and now he expected me to cool my heels while he did two chapters. I wondered how long he’d be at it.”

Then Ballard heard Gardner’s booming voice through a curtained arch. He went over and “I got my first look at Erle Gardner. He sat on a couch, bent over his knees, a Dictaphone horn cupped in both hands, talking so fast that I could not follow the words. Ten minutes later he came out. I don’t know how long those chapters were but I’m sure they were spoken faster than any two others on record by any other writer.”

I rather imagine that Gardner had his eyes closed as he dictated.

Which reminded me of a note I made early in my writing journey. Back then I’d scribble a reminder every time I came across a technique I learned or discovered. I’d write on cards, scraps of paper, napkins, whatever was handy. I still have those notes in a big envelope, sitting on the bookshelf in my office. One of my early notes was, Write with your eyes closed.

What I’d discovered was this: if you close your eyes and let a scene start playing like a movie in your mind, you see things you never would if you look at your words as you type. Instead, you visualize and record the details, like a careful journalist.

I use this technique primarily to deepen descriptive elements of a setting or character.

There are three complicated steps to follow. Let’s see if I can break them down for you:

If any of that is confusing, feel free to ask me questions in the comments.

There’s a second benefit to writing with your eyes closed—it keeps you from stopping in the middle of a sentence or paragraph to make a correction. When you are creating you should do all you can to stay in “flow.” Every time you stop and backspace to fix a spelling error, or pause to wonder if you like the sentence you just typed, you’re frustrating flow. You’re putting a kink in the hose of your imagination.

So lower the lids over your orbs, at least some of the time, as you clack the keyboard.

Do you ever write with your eyes closed?
Do you do some form of visualization before you write a scene?
Do you look at the words on the screen as you type?

61 thoughts on “Write With Your Eyes Closed”