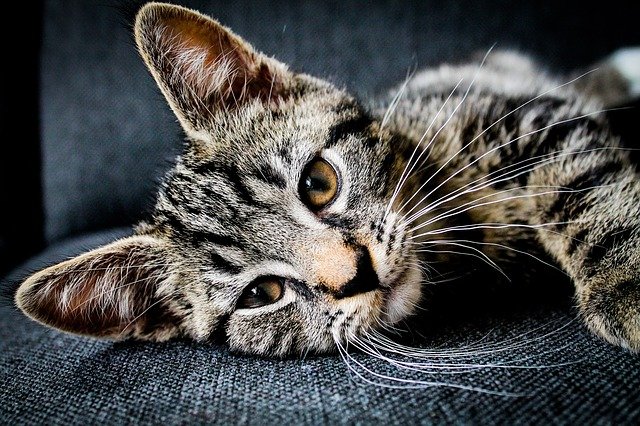 Image by Pexels from Pixabay

I’ve been with my current editor since my first Blackthorne, Inc. novel (2007), with only a couple of exceptions. She now has her own small publishing company, but has been kind enough to keep me on in a freelance basis. She asked if I would read one of her debut author’s upcoming releases and provide a one-or-two-sentence “blurb.” She said it was a romantic suspense, which is a genre I’m familiar and comfortable with.

Now, I don’t put much stock in author recommendations. I had to grovel for them for that first Blackthorne book, and dreaded doing it. I was an unknown with a couple of books out from a digital-first publisher. (No Amazon yet.) Who’d want to spend time on me? But grovel I did.

One author acquaintance said, “Sure. Send me three quotes and I’ll cobble something together.” Never even asked to read the book. Another said she’d read just enough to see that I knew what I was doing.

Nevertheless, because saying “No” has always been a monumental task for me, I agreed to go along with my editor’s request.

I was reading along, some hiccups due to my internal editor refusing to shut up, but overall, the writing was clean and easy to read. It was a little slow-moving for my taste, as the suspense element wasn’t brought in until later than I would have expected, but then … about ¾ of the way through the book …

The protagonist, who by now had received threatening emails and phone calls, came home to find a box on her doorstep. Upon opening it, she discovered the mutilated body of a cat. Not just any cat, but a stray she’d semi-adopted.

Mind you, this was not a serial killer, dark mystery/thriller type book. This was, overall, a romance with some suspense elements. And a mutilated cat.

Very early in my writing career (2004 according to my files), I attended my first writer’s conference. At a workshop given by the late Barbara Parker, she said she’d made the unforgivable mistake of having a mutilated cat show up in a box on the doorstep at the protagonist’s house. And, even worse, the protagonist had a young daughter. Parker said readers sent hate mail, and warned that killing a pet was an absolute no-no. Her book was a legal mystery, so her audience wasn’t romance-oriented, yet they still screamed.

I told her my manuscript for the as of then unpublished Finding Sarah included a character with 2 cats, and I had poisoned them (you’ll never know the delight you can light up in someone’s eyes until you holler between your office and the Hubster’s and say, “I need a way to poison a cat.”) My plan was to have one survive. The incident would 1) force my character to deal with emotions he’d denied; and 2) provide a critical clue for solving the overall mystery.

She gave me an emphatic “NO.” — Spoiler Alert— So, in the final version, both cats survived.

I passed this information on to my editor, who said she was warned against harming children or dogs, but nobody’d ever mentioned cats, and that she would bring it up with the author. Whether there are any changes remains to be seen.

At this point, I asked a couple of my best-selling authors of romance and romantic suspense friends what they thought. I knew my editor wanted my quote to appear in the soon-to-be-published book, but I was very uncomfortable putting my name on a book that would likely anger readers.

One said she refuses to blurb books anymore, saying there’s nothing to gain. (She also suggested I have my assistant be the one to tell my editor, but my dog can’t type.) The other author said “never recommend a book that you don’t love madly.” Until the cat incident, the book was good, but I wasn’t madly in love with it.

Ultimately, I told my editor I wasn’t comfortable putting my name on the book, and she said she understood, and another author she’d asked to read it said something similar.

All right, TKZers. Floor is open for discussion, either on the harming pets topic or book blurbs in general. I know of numerous authors, who when asked, “What do you read?” will say, “About all I get to read these days are books my publisher sends for blurbs.” Are their recommendations enough to sway you to buy books? Or do you think they’re writing what their publishers want to hear? If you were asked to blurb a book, where would you draw the line?

44 thoughts on “Book Blurbs and Pets”