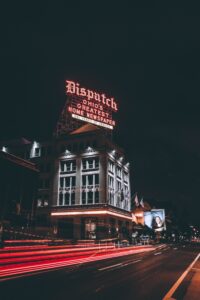 When Alvin Schottenstein died in 1984, employees of Schottenstein Department Stores wept, describing their boss as kind and compassionate. Alvin and his brothers had built the Columbus, OH retail business, started by his father in 1917, into a multi-billion-dollar conglomerate.

Alvin was well known as a dedicated family man who said: “The time I get to spend with my grandchildren is the greatest time of my life.” (7/8/84 Columbus Dispatch article)

Beverley is the matriarch of the Scottenstein empire whose holdings include American Eagle Outfitters, American Signature Furniture, DSW, and others. In 2015, the Schottenstein family was named #100 of the richest families in America by Forbes.

But…money does not guarantee happiness.

In 2014, Beverley’s grandsons Evan and Avi were employed by J.P. Morgan as brokers. During their five-year tenure handling her account, they made hundreds of stock trades, reportedly earning millions in commissions. But, despite Beverley’s many requests for information, they refused to tell her details of the transactions, stating only that they were doing well for her.

According to Bloomberg News, while the grandsons were supposedly growing her investments, Evan would challenge Beverley over charges she made with her own credit cards, which he evidently monitored. He criticized her for patronizing a non-Kosher restaurant and scolded her for watching TV on Shabbat.

Beverley’s son (Evan and Ari’s father) lives a few floors below Beverley in the same condominium building in Bal Harbour, FL, putting the grandsons in convenient proximity to her.

Evan reportedly entered Beverley’s home unannounced and shredded documents relating to J.P. Morgan. Charges appeared on her credit card statements that Beverley had not made. Her seven-million-dollar diamond engagement ring disappeared from a safe deposit box to which one grandson had a key. A check to her caregiver bounced because the bank had frozen her account.

What happened to the money her grandsons were handling for her?

After several years of suspicions and unanswered questions, Beverley insisted they had to consult her before making trades on her account. Her banking, credit card, and stock statements from J.P. Morgan mysteriously stopped being mailed to her.

Despite a phone conversation with J.P. Morgan Chase CEO Jamie Dimon, Beverley’s requests for reports and proper accounting were ignored.

In 2019, she’d had enough and consulted a lawyer. After an audit of her finances, an accountant concluded: “It appears that Ms. Schottenstein’s broker sold her these risky, illiquid products without regard for her financial wellbeing to generate extraordinary income for him and for his employer.”

The unauthorized buying and selling of securities amounted to more than $400 million.

Shortly before the case was filed in 2019, J.P. Morgan terminated Evan and Avi. According to the FINRA letter of acceptance, waiver, and consent, Evan Schottenstein was “[d]ischarged” and provided a termination explanation stating, “[c]oncerns relating to trading activity for the account of a family member, and the accuracy of the records regarding the same.”

After arbitration, in February 2021, FINRA found J.P. Morgan and Evan liable for elder abuse according to Florida statutes.

This determined nonagenarian didn’t allow herself to be victimized by her own flesh and blood and refused to give up against one of America’s largest banks.

Beverley followed the money. Unfortunately it led to the discovery of family betrayal that would have devastated Alvin Schottenstein, Evan’s and Avi’s doting grandfather.

Thanks to Ann Minnett for alerting me to this case. 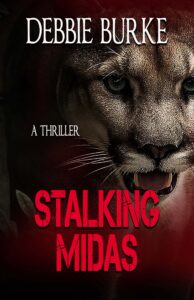