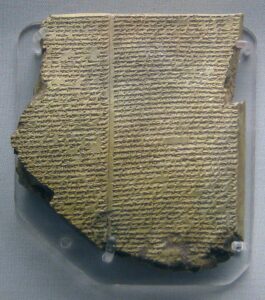 Debbie Burke’s recent post about falling down research rabbit holes has launched a couple of ships this week. Here is mine. I fell through a research wormhole and found myself engrossed in a topic totally different from the one on which I started. 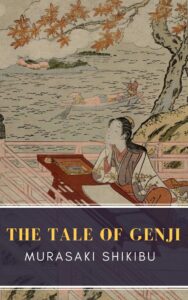 Since we are moving backward, let’s discuss for a moment what is currently regarded as the first novel. It is titled The Tale of Genji and is considered, with some dispute, to have been written almost one thousand years ago, in the eleventh century, by Lady Murasaki Shikibu. That name is believed to have been a pseudonym, but Lady Murasaki, as she is known to us, was a noblewoman who was invited to be a lady-in-waiting to the Japanese empress Soshi at the Imperial Court. The Tale of Genji is considered to be a psychological and romantic novel. What is remarkable about this is that in the world of Japanese literature at the time genre literature was held in low esteem. Time really is a flat circle, isn’t it? The Tale of Genji was so well-written and popular that it nonetheless influenced Japanese culture and mores and continues to do so in present times. Genji, a courtier, is portrayed as being passionate and gentle, which is part of the appeal of the story. The novel continues to be studied, researched, and translated. The most recent translation that I could find is approximately 1300 pages long. It looks to be somewhat rough sledding to read but it nonetheless endures. 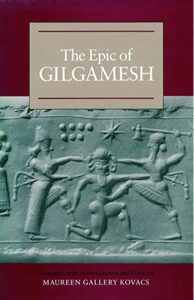 That brings us to what is acknowledged as the first known book, titled The Epic of Gilgamesh. Gilgamesh is, by amazing coincidence, an epic poem believed to have been written in installments between 2100 and 1200 B.C. (what is a millennium between friends?) and is an exaggerated and fictionalized account of the exploits of Bilgamesh, the King of Uruk. It is preserved on cuneiform tablets but you can read it on a Kindle. You should. Its exact author is unknown but whoever it is launched a thousand literary ships. Gilgamesh and Enkidu, Gilgamesh’s enemy turned BFF, cut a wide swath through the known world, drinking, fighting, and ravishing until they take things a step too far. A tragedy leaves Gilgamesh seeking the meaning of life and attempting to acquire immortality, with predictable results.

Or maybe not. Gilgamesh lives on. There is a heck of a story here. You can find traces of it in Don Quixote, Fritz Leiber’s Fafhrd and Gray Mouser stories, Robert Lee Howard’s Conan tales, and yes, the tales of Roland in Stephen King’s The Dark Tower series. Oh, and did I forget The Iliad, The Odyssey, and the Aeneid? There may be a book that is the source for The Epic of Gilgamesh, buried in spider doo-doo somewhere in the Middle East, but it hasn’t been found yet. So why isn’t it regarded as the earliest novel? It’s a poem, for one, For another, it’s only a hair or so over one hundred pages, which I guess qualifies it as a novella. It is in any event worth reading, in translation, of course.

Gilgamesh may not have physically lived forever, but he certainly has in the literary sense. I doubt the author(s) ever imagined that their epic poems would be read and revered thousands of years after being written but there you go. My best advice to you, my friends, is to dust off that trunk novel and give it another shot. Someone may be reading you at some point in the future and considering you the best of your time. Why not you?

Now, a question for you. Has there been any story/poem/novel from the time period which we have been discussing (a long one to be sure) that has influenced you, or that you still return to for inspiration, succor, or reference, for any reason, including but not limited to writing?

32 thoughts on “Achieving Immortality Through Fiction”